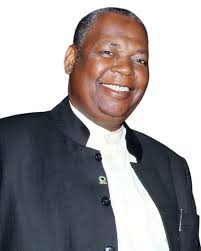 Chief Executive of the Nigeria Deposit Insurance Corporation (NDIC), Umaru Ibrahim, says an amendment to the enabling NDIC Act, 2006, has become more compelling, because of the remarkable changes in the entire banking landscape since the Corporation was established.

Ibrahim who spoke last week during the opening of a workshop for financial correspondents and business editors in Yola, Adamawa State, said although the corporation has achieved some success in discharging its mandate, “there is still much work to be done in our aspiration to become one of the best Deposit Insurers in the world.

The amendment bill before the National Assembly, he noted, seeks the power of enforcement; besides containing solutions to the corporation’s “protracted litigation initiated by owners of closed banks; (and) recovery of debts owed failed banks, amongst others.”

The NDIC Act No 16 of 2006, he recalled, replaced Decree No. 22 of 1988, which was promulgated and based on which the corporation commenced operations in March 1989.

Considering how far the NDIC has come since 1989, he stressed that the progress recorded so far has been gratifying and worthy of celebrating, assuring of the board and management’s commitment that the corporation effectively fulfils its statutory mandate.

With the recourse to technology and Fintechs, he continued, “the entire dynamics of banking has been altered to such an extent that it poses serious challenges for both operators and regulators.”

He expressed gratitude that previous editions of the annual NDIC workshop for the Finance Correspondents of Nigeria (FICAN) have become “a veritable platform, not only for capacity building but also for the fostering of the much-needed understanding and collaboration between us.”

It is in recognition of the changing banking industry landscape and what it portends that informed this year’s workshop theme “Nigeria banking system stability – tackling emerging issues.”

Ibrahim urged participants to seize the opportunity of the workshop to gain the right insight into the contemporary issues in the financial services industry, to enable informed reporting.

Such understanding by such critical stakeholders, he stressed, will also go a long way to enhance accurate dissemination of “the appropriate knowledge and information on financial services for the benefit of the Nigerian people.”

He recalled that the corporation, in October, held a series of activities to commemorate its 30th anniversary, a significant milestone in its life, just as it offered an opportunity to review its operations.

Reviewing milestones in NDIC’s historical path, the managing director recalled that in its first decade, the corporation focused primarily on managing cases of distress in the banking system.

At the time, he recalled, “a number of banks were already in varying degrees of insolvency,” with the corporation effectively rising to the occasion by adopting multiple distress resolution options in line with its mandate and functions to deal with the situation at the time.

They “included the provision of some assistance in the form of direct loans, acceptance of accommodation bills; changes in the management of the affected banks assisted mergers with other viable institutions, the imposition of holding actions, and; in some instances, the outright takeover of the management and control of the banks involved.”

Failure resolution options adopted during that era included bank liquidation, with its first bank liquidation experience occurring barely four years after its establishment on January 21, 1994. On that day, the Central Bank of Nigeria (CBN) revoked the licences of two merchant banks, following which the corporation was appointed a provisional liquidator.

“Between 1994 and 1999, the licences of 31 banks were similarly revoked and subsequently liquidated by the NDIC through the same provision. Instructively, almost all the banks closed during that era were resolved through depositors’ reimbursement (Direct Pay-out) mechanism. The Corporation also efficiently managed the operations of the Failed Banks Tribunals established by the Federal Government in 1994 to handle established cases of malfeasance arising from the liquidation of the closed banks.”

The next decade “was defined by its reaction to the regulatory challenges posed by the bank consolidation exercise embarked upon by the CBN, and the global financial crisis,” prompting the need to strengthen capacity for effective service delivery.

In the post-banking consolidation crisis experience, he explained, the NDIC adopted the Purchase and Assumption (P&A) resolution option to resolve the problems of 13 banks closed in 2006 which failed to meet the new N25bn recapitalization threshold introduced by the CBN.

In addition to the Purchase & Assumption option, over years, he stressed the corporation creativity in the design and implementation of various safety-net mechanisms in response to evolving crisis in the nation’s banking, payment and financial systems.

He equally noted a number of other significant reforms embarked, “including the development of Enterprise Risk Management, implementation of Differential Premium Assessment System (DPAS), Capacity Building in Risk-Based Supervision (RBS), deployment of a Performance Management System, enhanced Deb Recovery System and Increased Pay-out to both insured and uninsured depositors.”