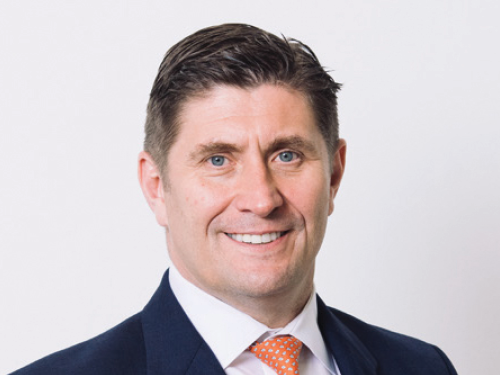 Roger Brown has resumed as Chief Executive of Seplat Petroleum Development Company Plc, replacing Austin Avuru, who retired on July 31, 2020, after 10 years in the saddle.

Brown, who is expected to lead Seplat into the next phase of the company’s growth aspirations, joined the company in 2013 as Chief Financial Officer, playing a key role in the successful its 2014 dual listing on both the London and Nigerian Stock Exchanges.

This, according to a statement by the company, is besides playing significant roles in various asset acquisitions, and implementation of its financial business model.

The statement added that the new CEO is very familiar with the local and global business environments and institutions, and is now expected to reinforce the company’s leading position in the energy sector.

“Brown brings to the CEO role, an extensive knowledge of the company in his over 6 years as the CFO and a member of the Board. He has strong financial, commercial and Mergers and Acquisition (M&A) experience as well as proven people skills which will be an asset as the Company embarks on the next phase of its growth. One area of priority for SEPLAT is to ensure that liquidity and cash flow of the company remains strong and that the company’s balance sheet maintains its resilience and robustness,” the statement added.

Prior to joining Seplat, Brown had been an advisor to the company since 2010, as Managing Director and head of EMEA Oil and Gas at Standard Bank Group, during which he was instrumental in providing advice and deploying capital across the African continent in the Oil & Gas, Power & Infrastructure and the renewable energy sectors.

Since joining the company, he has steered the business through extremely challenging times during low oil prices and an 18-month period when the business was not producing oil due to a shutdown of its main oil pipeline.

He also put in place a total of $1.75bn of financing, including an inaugural $350m Eurobond, in addition to bringing a number of top tier banks into the syndicate.

Seplat in line with its forward looking plans positions itself for a next phase growth ambition which would see the expansion of its footprint in terms of energy business activities, pursue offshore assets as well as opportunity driven entry into different geographies.

Seplat corporate transition which saw Brown take over as CEO would require a different kind of organizational structure, people skills set and mentality to competitively position well in the expanded space.

Consequently, the company is set to review its current organisational and systems structure, especially with the recent appointment by the board of Emeka Onwuka, who joined Seplat on August 1, 2020, as CFO and Executive Director.