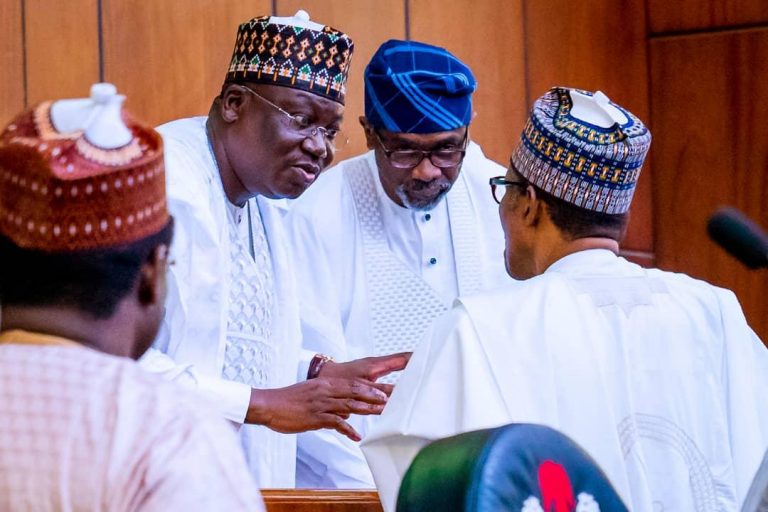 President Muhammadu Buhari has presented the 2021 – 2021 Medium Term Expenditure Framework and Fiscal Strategy Paper for consideration and approval by the National Assembly in a bid to sustain the January to December fiscal year-end.

The Senate President, Ahmad Lawan, on Tuesday read the accompanying letter during plenary, appreciating the legislator’s for the cooperation, support and commitment of the leadership of both chambers “in our collective efforts to sustain the restoration of the January – December financial year.

“In line with our commitment, we have worked very hard to achieve and earlier submission of the MTEF/FSP. This is to allow the National Assembly enough time to perform its important constitutional duty of reviewing the framework.

“I herewith forward the 2021 – 2023 MTEF/FSP as the 2021 budget of the Federal Government will be prepared based on the parameters and fiscal assumptions of the approved 2021 – 2023 MTEF/FSP. I seek the cooperation of the National Assembly for expeditious legislative action on the submission.”

Also on Tuesday, according to a statement by Ezrel Tabiowo, Special Assistant (Press) to President of the Senate, the red chamber also on Tuesday received another request from President Buhari for the confirmation of Dr. Chukwuemeka Chukwu as Resident Electoral Commissioner representing Abia State.

“Pursuant to paragraph 14 (3) of Part one of the third schedule to the Constitution of the Federal Republic of Nigeria as amended, I am pleased to forward for confirmation by the Senate, the appointment of Dr. Chukwuemeka Chukwu as Resident Electoral Commissioner representing Abia State in the Independent National Electoral Commission (INEC),” President Buhari’s letter reads.

Meanwhile, President of the Senate, Ahmad Lawan, announced the appointment of Ibrahim El-Ladan as Acting Clerk of the Senate during plenary.

According to him, Ladan was appointed Acting Clerk of the Senate on Friday, July 17, 2020.