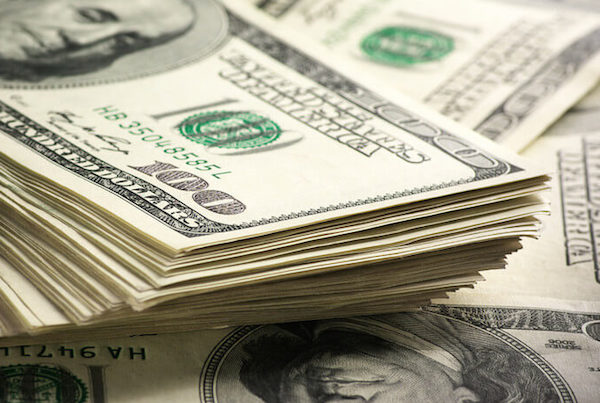 A new report published in the World Bank’s Migration and Development Brief, says the amount of money migrant workers send to their home countries could decline by 14% by 2021 compared to the pre-COVID-19 levels in 2019.

With a strong Diaspora representation, remittance to Nigeria is expected to decline by over $2bn or 8.44% to $21.7bn from the 2019 level, remaining the largest in the Sub-Saharan region, nonetheless.

The amount is expected to rank seventh‐largest recipient of Diaspora remittances among LMICs notwithstanding, with Ghana, Kenya, and Senegal possibly ranking respectively a distant second, third, and fourth in the region, with an estimated amount of $3.2bn, $2.9bn, and $2.3bn, respectively.

The drop in 2020 and 2021, the report titled “Phase II: COVID-10 crisis through a migration lens,” said will affect all regions, with the steepest drop of 16% and 8% respectively expected in Europe and Central Asia; followed by East Asia and the Pacific, 11% and 4%; the Middle East and North Africa, 8% in both years; and Sub-Saharan Africa, 9% and 6%; South Asia, 4% and 11%; while Latin America and the Caribbean could record 0.2% and 8% slide.

“The foremost factors driving the decline in remittances include weak economic growth and employment levels in migrant-hosting countries, weak oil prices; and depreciation of the currencies of remittance-source countries against the US dollar,” the World Bank explained.

Remittances, the report acknowledged, are helping to address the impact on the African households.

According to Mamta Murthi, Vice President for Human Development and Chair of the Migration Steering Group of the World Bank, “the impact of COVID-19 is pervasive when viewed through a migration lens as it affects migrants and their families who rely on remittances.”

The World Bank, he assured, “will continue working with partners and countries to keep the remittance lifeline flowing, and to help sustain human capital development.”

Dilip Ratha, lead author of the Brief and head of KNOMAD, explained that “migrants are suffering greater health risks and unemployment during this crisis. The underlying fundamentals driving remittances are weak and this is not the time to take our eyes off the downside risks to the remittance lifelines.”

“Beyond humanitarian considerations, there is a strong case to support migrants who work with host communities on the frontline in hospitals, labs, farms, and factories,” said Michal Rutkowski, Global Director of the Social Protection and Jobs Global Practice at the World Bank.

The report urged origin countries to find ways of supporting returning migrants in resettling, finding jobs or opening businesses, as the surge in return migration could prove burdensome for the communities (to which migrants return).

This, it continued, is because such communities must provide quarantine facilities in the immediate term and support housing, jobs, and reintegration efforts in the medium term.

According to the World Bank’s Remittance Prices Worldwide Database, the global average cost of sending $200 was 6.8% in the third quarter of 2020, largely unchanged since the first quarter of 2019, more than double the Sustainable Development Goal target of 3% by 2030.

The cost was the lowest in South Asia (5%) and highest in Sub-Saharan Africa (8.5%); with banks as the costliest channel for sending remittances, averaging 10.9%, followed by post offices at 8.6%, money transfer operators at 5.85%, and mobile operators at 2.8%.