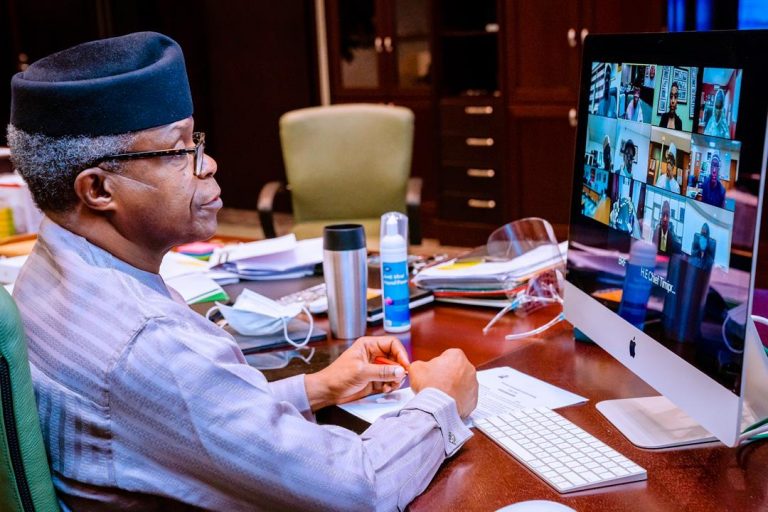 The Federal Government says it is partnering cooperatives across the nation’s six geopolitical zones to actualize its Economic Sustainability Plan (ESP) through its Social Housing Scheme.

Under the ESP, the government mandated the Central Bank of Nigeria (CBN) to provide financing for the housing scheme, following which a N200bn facility has already been approved in the first tranche.

A statement by Laolu Akande, Senior Special Assistant to the President on Media & Publicity, Office of the Vice President, said the implementing agency, Family Homes Fund (FHF) Limited, an agency under the Federal Ministry of Finance, has already mobilized thousands of cooperative groups across the country. The coops are expected to participate in the Social Housing plan as the main warehouse agents and also mobilize the low-income buyers.

As part of the plan, for example, the statement said the FHF has met with 93 cooperative leaders from the six geographical zones, under the aegis of the Co-Operatives Federation of Nigeria.

This, according to Vice President Yemi Osinbajo, who spoke while visiting the completed model houses at the Federal Capital Territory, weekend, is part of efforts to ensure the success of the Social Housing scheme where the Muhammadu Buhari administration will construct 300,000 houses under the ESP, for the nation’s low income earners.

The nation’s cement manufacturers “have agreed to give cement for this project at considerable discount, which is a very helpful thing to do and we really commend and thank them for the contributions they are making, it is a very patriotic thing on their part. They also see the importance of this Mass Housing Programme.

“We are hoping that we will be able to replicate this not just in Abuja but all over the country. So far, the Family Homes Fund is in 11 States, and they have given up land for the project.

“We are hoping that this year, we will be able to very rapidly improve the scale and speed of putting these houses in place.  Once we are able to get moving quickly, we think we can make available several thousands of houses across the country and more people can afford to live in such houses.”

After seeing the prototypes of the one-bedroom and two-bedroom bungalows, Prof. Osinbajo expressed satisfaction with the quality of the design and the fact that the houses are very affordable.

The Vice President noted that, “on the average, anybody who is earning N30,000 a month and is ready to spend a third of that amount, will be able to afford one of these houses, that is the plan. What I have seen so far, there is a one-bedroom unit and there is a two-bedroom unit, both coming under N2m.

“I think that this is a very good thing indeed. And a point has been made that it is possible to build good, decent accommodation that isn’t out of the reach of practically everyone.”

Osinbajo further assured that there “would also be Rent to Own option as part of the administration’s resolve to impact the common man in this social housing plan expected to generate 1.8m jobs and deliver houses to about 1.5m Nigerian families.”

The social housing scheme, Akande added, is an important aspect of the the Federal Government’s plan to address the housing needs in the country by building thousands of low-cost houses and in the process create wealth and jobs for youths that will be engaged in the construction of the houses.

“Also important is the job creation aspect of it. You have young men and women who are builders, architects, civil engineers working on this project. We are hoping that a lot of the building materials will be locally fabricated especially the windows, doors and other components of the houses,” he stressed.

Individuals who do not belong to cooperatives, the statement added, have not been left out as they can also apply through the portal: www.nshp.gov.ng.