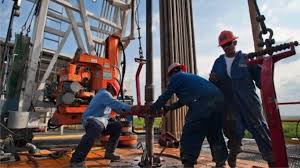 As FG, States, LGs Share N465bn FAAC Allocation
Nigeria earned $74.91 million more revenue in January in crude oil export sales as volume of Crude oil export increased by 1.490 million barrels, just as average price of crude oil for the period increased from $47.30 to $49.57 per barrel.
According to a statement by Kenechukwu Offie (Mrs), Director of Information, at the Office of the Accountant General of the Federation (OAGF), the amount could have been more, but for the Force Majeure declared at Forcados, Qua Iboe and Brass Terminals in place and the Shut-down of pipelines for repairs and maintenance due to leakages and sabotage,
Meanwhile, the statement noted that the Federation Account Allocation Committee (FAAC) met on Tuesday, with the Federal, State and Local Government Councils sharing a total of N465.149 billion for the month of January, 2017.
A communiqué issued by the Technical sub-Committee at the end of the meeting showed that the sum of N465.149bn was distributed for the period, made up of the month’s “statutory distributable revenue of N282.406 billion, Value Added Tax of N73.522 billion, exchange gain of N48.371 billion and Excess PPT (Petroleum Profit Tax) Account of N60.850 billion.
A Communique at the end of the meeting further explained that of this amount, gross statutory revenue stood at N324.99bn which was N76.275bn more than the N248.635bn received in December 2016.
“There was also a N6.330 billion refund to the Federal Government by Nigerian National Petroleum Corporation (NNPC).”
Of the Net Statutory revenue, the Federal Government received N133.192 billion, representing 52.68%; followed by the 36 States with N67.557bn, or 26.72%; the councils got N52.083bn, or 20.6%; while the Oil bearing states distributed N20.62bn as 13% derivation revenue.
Also, a total of N70.581bn or 15% was shared from the amount accruable from Value Added Tax (VAT), with the Federal Government receiving additional N10.587bn or 15%; States, N35.291bn, 50%; and Local Government Councils, a total of N24.703bn or 35%.
Also, PPT collection increased significantly while revenues from Companies Income Tax (CIT), Value Added Tax (VAT), Import Duty and Royalty decreased slightly.