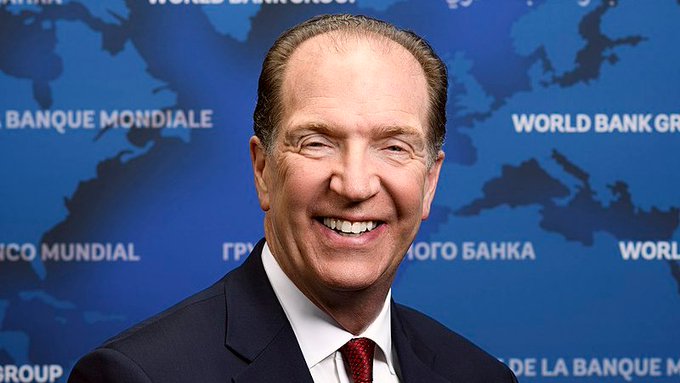 As the annual meetings of the World Bank and International Monetary Fund (IMF) ended over the weekend in Washington DC, World Bank Group President, David Malpass, lamented the escalating debt profile of the globe’s poorest nations, especially as it will attract $44bn to service in 2022 alone.

Addressing the World Bank Group’s 106th Meeting of the Development Committee on Sunday, Malpass warned debt service expected in 2022 from the 174 International Development Association (IDA) countries (the poorest countries entitled to lending at concessionary rates), is now “more than the combined resources of the Bank and IMF to these counties.

Specifically, he called for a debt “standstill for countries that are applying for Common Framework treatment; inclusion of all creditors from the beginning of the process; a more prominent role for debtor countries; earlier sharing of the parameters of debt relief and debt sustainability analyses; and finally, comparable treatment among official bilateral and commercial creditors using a common discount rate. We need much more progress on debt.”

This, he noted, is necessary at a time debt servicing cost now “leaves developing countries without the fiscal space for education, climate adaptation, and other necessary means.”

The World Bank Group President, told the meeting attended by the UN Secretary-General, Antonio Guterres, and Director-General of the World Trade Organization, Dr. Ngozi Okonjo-Iweala, called attention to three other near-term risks such as the raging war between Russia and Ukraine for which $13bn has been mobilized and $11bn disbursed to Ukraine.

While inviting more financing flows, he also noted the grave danger posed by food, energy, and fertilizer for the world despite the rapid ramp-up of support by delivering $30bn to address food insecurity; in addition to “the backsliding on greenhouse gas emissions throughout 2022. There’s been sharp increases in the export and burning of coal, oil, and wood—all of which is a grave concern for climate and the world.”

Malpass called for a focus on longer-term crises outlook which is modest at best and could be even slower, rather than just the short and immediate term of slower global growth that’s been weighing down countries, particularly, developing countries.

He also noted the severe concentration of capital in the world, adding to inequality, which needs to be addressed.

Commenting on behalf of Committee (Joint Ministerial Committee) members, the chairman, Ms. Azucena Arbeleche, Minister of Economy and Finance, Oriental Republic of Uruguay, urged the WBG and IMF to continue working “with policymakers on an ambitious policy response and financing programs that boost inclusive and sustainable economic growth, create jobs, and expand social protection, while strengthening macroeconomic and financial stability, domestic resource mobilization, and cooperation in combating tax avoidance and evasion, and the quality of spending; curbing corruption, illicit financial flows, and profit-shifting; reducing debt vulnerabilities; promoting trade; and mobilizing larger volumes of private capital. A renewed focus on protecting and improving the well-being of poor households and the most vulnerable is needed, in line with the goals of ending extreme poverty and promoting shared prosperity in a sustainable manner, while also contributing to the achievement of the SDGs.

“We commend the WBG’s global crisis response package, which sets out the framework for an operational response to the multiple overlapping crises, including up to $170 billion through June 2023 to address food insecurity; large learning and job losses; climate mitigation and adaption; and other long-term development challenges. These operations must be underpinned by a green, resilient, and inclusive development approach. We welcome the WBG’s flexibility in responding with speed and scale across all countries and regions and ask the Bank to ensure enhanced supervision and strengthened field presence in order to manage the environmental, social, and fiduciary risks. We are encouraged by the WBG’s commitment to gender equality through its operational and technical support to clients,” she stressed.