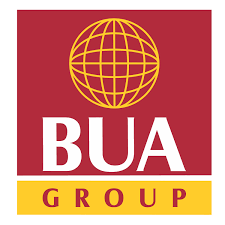 BUA Group, on Tuesday said the Kogi Government is free to revoke the Certificate of Occupancy of the 50,000 hectares of land over the failure of the land to meet its intended purposes in 2012 if it so wishes.

Announcing the withdrawal of its interest in the said land, the group noted, followed the threat by the Kogi State Assembly to revoke the certificate on the land allocated for investment purposes for non-payment of compensation.

BUA said if it had decided to proceed with the proposed project, it “would be very happy to pay all dues and necessary compensation to the state and other stakeholders in line with our obligation. This is because as a responsible organization, we believe in the principles of equity, sustainable business practices, and fairness. That has been the hallmark of our operations and engagement with communities and governments everywhere we operate.”

The statement also argued that since the Kogi state invited BUA to invest in 2012, there has been no visible effort by successive governments to address the issues of access to the land that will enable BUA to utilize the land for its intended purpose. It said the land is only accessible by water without any enabling infrastructure.

It noted recurring security challenges around the area over the years after the initial indication of interest and granting of the Certificate of Occupancy noting that the security of its investment as well as staff is paramount.

Furthermore, the statement noted that the feasibility study conducted on the land showed that only about 30% of the entire land mass was suitable for investment while the rest consisted of rocky, hilly, and undiluted areas which are not suitable for its intended purpose.

Recall that the Kogi State government has had a running battle over the past weeks with the Dangote Group for the same reason, following which the massive Obajana plant in the state was shutdown allegedly with the help of state-sponsored vigilantes. The Obajana factory was reopened some days ago on the order of President Muhammadu Buhari citing issues such as the implications of the continued shutdown on jobs and other socio-economic challenges.