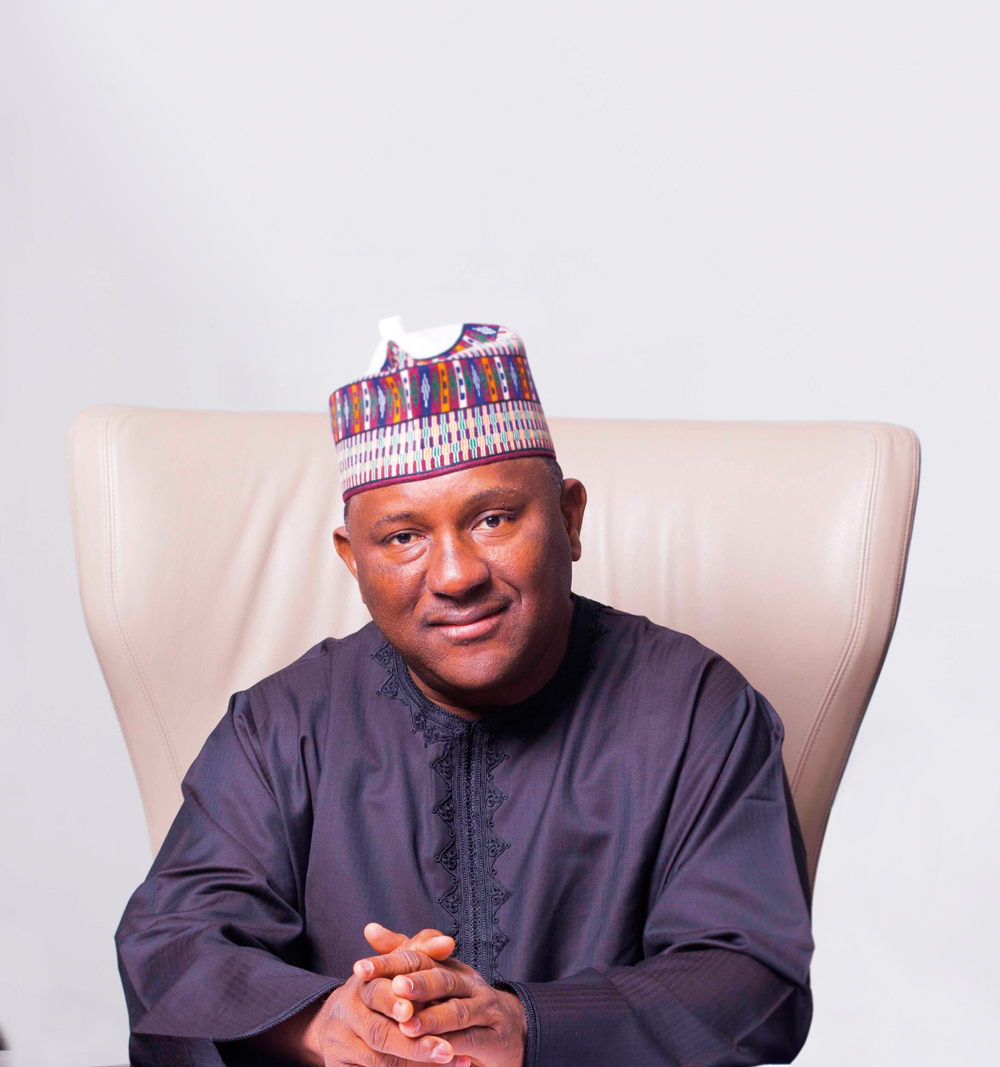 Nigeria should not have to import food, says BUA Group Chairman Abdulsamad Rabiu. In conversation with African News Magazine’s Tom Collins, he describes how the company is helping to reduce the country’s import bills by investing in domestic production capacity, creating jobs and wealth in the process
When Nigeria’s minister of industry, trade, and investment, Niyi Adebayo, toured major sugar sites across the country last December, he was accompanied by two of the country’s foremost private sector players: Aliko Dangote of the Dangote Group and Abdulsamad Rabiu of the BUA Group.
Both industrialists, born in Kano, northwest Nigeria, have become the face of the country’s drive to lessen its import bill by investing in production facilities in sectors ranging from oil and gas to cement.
The minister was assessing progress in the Nigeria Sugar Master Plan (NSMP), which aims to make the country self-sufficient in sugar production by 2023, thereby saving the country some $56m in foreign exchange and turning it into a net exporter of the commodity. Since NSMP was implemented in 2013 around N57bn ($431m) has been invested in the sugar sector.
In Kwara State, in Nigeria’s middle belt, the BUA Group is developing a sugar plantation and a new refinery that will have the capacity to process 14,000 tonnes of cane per day when it comes to production later this year. This will allow it to produce 200,000 tonnes of refined sugar, 20,00,000 litres of ethanol and 35MW of electricity annually.
“The plant is made up of about 20,000 hectares and we have invested over $250m,” Rabiu comments. “It is quite good; we will be creating over 10,000 jobs and we will be saving the country hundreds of millions of dollars just by producing sugar in our plantations. That should have happened a long time ago.”

Taking backward integration forward
Though the BUA Group was originally established in 1988 as a commodity trader – importing rice, edible oil, flour, iron, and steel – the company moved into production to complement the government’s “backward integration policy”, which encourages manufacturers to source local raw materials rather than import foreign goods. Introduced for cement in 2003, the policy has often led to blanket import bans on foodstuffs like sugar, wheat flour, fish, milk, palm oil, pork, beef, and poultry.
President Muhammadu Buhari recently directed the Central Bank of Nigeria to block food importers’ requests for foreign currency, a continuation of an earlier policy that aims to boost domestic agriculture and reduce imports on foodstuffs like rice.
Nigeria has since managed to reduce rice imports by 90%, something which Rabiu says was made possible through “commitment and leadership”.
“We don’t have any business importing food,” he says. “In Africa, some countries are dependent on importing 60-70% of what they eat. I think that is not acceptable. It doesn’t make sense.
“But this needs the private sector and the governments to come together to do whatever it takes to ensure that we are in a position to feed ourselves. To me, agriculture is key. We have everything that it takes to be able to do all of that. That is number one.”

Cementing the deal
Another of the BUA Group’s key products is cement. Nigeria has a thriving cement market, which is controlled by four large players: BUA Group, Dangote Group, Sokoto Cement and the French company Lafarge. Although the Dangote Group dominates, accounting for 93% of the entire industry’s profits in 2017, the BUA Group has made significant investments in the sector and continues to expand – particularly in the north of Nigeria.
In October 2019, the BUA Group announced a merger of its two cement subsidiaries, the Cement Company of Northern Nigeria and the Obu Cement Company, in a bid to become the country’s second-largest cement producer by volume by 2020. The deal was concluded in January as BUA Cement listed on the Nigerian Stock Exchange with a market capitalization of N1.2 trillion ($3.3bn).

Staying ahead of the competition
Rabiu believes that it’s important to strategically position his cement factories in order to be successful. While the Dangote Group has large operations in the south, owning a major plant outside Lagos for example, the BUA Group is the main producer in the north-western region.
“I have a plant in Sokoto, nobody can compete with me in the north-western part of the country because I am the only one there,” he says. “I am the biggest cement producer in the region. The closest plant, competition-wise, to my plant in Sokoto is about 900km away. So, how do you get it cheaper or closer or easier than myself?”
Securing a regular supply of limestone, a key component of cement, is also important. Nigeria has had to import limestone due to the lack of infrastructural capacity despite being a mineral-rich nation, but BUA sources all of its supplies from its own mines near to its refineries.
“We have the mineral resources, we just need to harness them,” Rabiu says.
To counter the lack of domestic production, the BUA Group has invested over $2bn into its cement business over the last four years, which has helped to boost the company’s output.
“In January 2019 we commissioned a new line which produces 3m tonnes of cement, which pushed our total up to 8m tonnes,” he says. “And with that, we have become the second-largest cement producer in Nigeria. Maybe in two years, we will be looking at 13m tonnes because we are setting up two new lines of 3m tonnes and 2m tonnes respectively.”

‘Without infrastructure, there is nothing you can do’
As the BUA Group continues to invest in improving Nigeria’s domestic production capacity, the conglomerate faces a familiar set of problems. It is cheaper to import a tonne of cement from China to Nigeria costing $25 to $30 than to take that same cement from Lagos to some parts of Nigeria, which costs $60-$70, Rabiu says.
He blames the price increase on a lack of infrastructure. “Without infrastructure, there is nothing you can do,” he says. “You need roads, you need ports, you need the airports, you need all of those things. So, infrastructure is key because, without it, there is nothing you can do.”
The added cost of doing business in Nigeria means that domestic products often struggle to compete with cheaper imports, particularly from China. This prevents domestic manufacturing from flourishing as the goods have a price disadvantage when sold on the market.
Ensuring the private sector can compete is an area of concern for the Nigerian government, and is the main reason behind the country’s hesitance to sign the African Continental Free Trade Agreement.
“We have to be careful because if I am producing something in Nigeria and spending all this money in terms of capital and the cement is coming into the Benin Republic from China and then China turns back the cement into Nigeria, how does that help me?” he says.
“They will flood the market. It would kill my business. AfCFTA should benefit only goods and services produced in Africa by Africans for Africans, or in the case of imported goods, only those for which significant value has been added on the continent.”