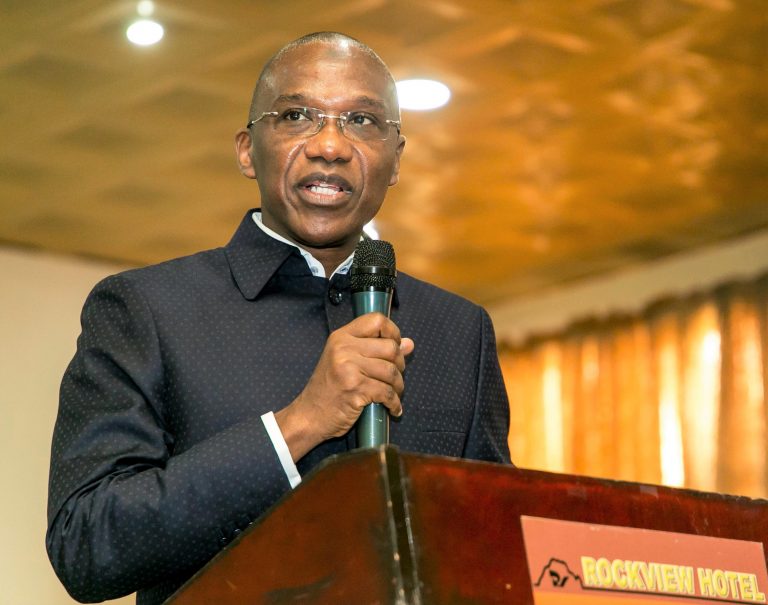 Managing Director/Chief Executive of the Asset Management Corporation of Nigeria (AMCON), Ahmed Kuru, says it is possible to still recover its outstanding N5tr debt before sunset armed with the recently signed 2019 amendments to its enabling Act.

Kuru who spoke at a one-day seminar for the corporation’s Asset Management Partners (AMPs) facilitated by Dr Fatihu Abba’s Legal Academy in Abuja, said ever since the Act was signed by President Muhammadu Buhari, acknowledged the remarkable improvements witnessed in its recovery efforts.

This, he continued, is why it is a veritable tool to be explored maximally, urging them to tighten the noose on obligors using the “weapon” of the amended AMCON Act to stop a few recklessness individuals who have continued to take advantage of the loopholes in our laws to escape their moral and legal obligations to repay their debts.

Attesting to the efficacy of the processes of receivership and winding up procedures in the amended 2019 AMCON Act, he enjoined the AMPs to leverage those provisions among other potent aspects of the Act to rave up recoveries.

Describing the AMP schemes as “a major tool in the recovery efforts… and key to its success,” the AMCON CEO who was represented at the seminar by Joshua Ikioda, the Group Head, Enforcement, cautioned the partners to, as professionals, stay strictly within the confines of the law while intensifying debt recovery.

Continuing, he stressed the need for all stakeholders to view the AMCON mandate as one of serious national importance.

“If at sunset AMCON is unable to recover the huge debt of over N5tr, it becomes the debt of the Federal Government of Nigeria for which taxpayers’ monies will be used to settle. The implication is that the general public will be made to pay for the recklessness of only a few individuals who continue to take advantage of the loopholes in our laws to escape their moral and legal obligations to repay their debts. We should not allow a few individuals to escape with our commonwealth. And we want to do it within the confines of the law.

“Our various interactions with stakeholders and particularly feedbacks we receive from Honourable Judges necessitate continuous training and retraining our AMPs especially as it relates to challenges encountered during filling processes in court and enforcing AMCON’s rights on obligors’ assets. Also, considering the Corporation’s new enforcement strategy and our newly amended AMCON Act 2019, the role of AMPs become even more vital and cannot be over-emphasised. We reiterate, our AMPs are very key to the success of AMCON.”

The AMCON boss therefore, urged the AMPs to share some of their experiences with one another so that both the corporation and the AMPs can all succeed in the ‘national assignment.’

He however added that even as AMCON has had a course to disengage some of its AMPs due to non-performance, he said the management of AMCON under his leadership strongly believes that majority of them (AMPs) have shown impressive resourcefulness in reaching obligors who have not been reached before now.