Market Update for July 2
Tuesday’s was yet another bearish and volatile outing on the Nigerian Stock Exchange, especially as the economy remains sluggish and directionless, continuing to cast an ominous shadow on the market for almost a year and a half, due to actions and inactions of the government.
Investors and traders have been held in this bearish mold because of uncertainties in the short term as the NSE All-Share index, as well as the price actions of many equities have shown. The low consumer and investor confidence has left the market bearish as shown by every economic data pointing to an impending economic recession that could become clearer when the half-year numbers of quoted companies start hitting the market any moment from now.
However, there has been a subtle re-alignment over the past weeks now, reaffirming our opinion that investors should maintain a short-term bias for the market, watching for any meaningful rally in the nearest future when the action plan of the government to fix the economy becomes clearer.
The NSE’s benchmark index opened lower in the morning session and continued till afternoon, touching intraday low of 29,385.14 basis points from its high of 29,616.93bps, breaking down the major support level of 26,602.23bps again. This followed selloffs in high cap stocks that dragged the index down, as it closed the day at 29,395.14bps on a negative breadth.
Market technicals were negative for the day, despite volume traded being higher than the previous day’s, amidst the negative market breadth and sentiment as revealed by Investdata’s Daily Sentiment Report. The day’s ‘sell’ volume was 100% and ‘buy’ position 0% of the total daily transaction volume index of 0.44.
The momentum behind the day’s performance was seriously weak as Money Flow Index ranged along the new three-year low of 4.88points, from previous day’s 4.86bps. This is an indication that funds are not entering the market as reflected in the volume traded and other market data that revealed the prevailing low liquidity. Despite the report that capital importation for 2019Q1 grew by 23%, according to data by the National Bureau of Statistics (NBS) showing on Tuesday, July 2, 2019, that capital imported to the country between January and March increased by a significant 216% to $8.48bn, compared to the level in 2018Q1, and by 34.6% from the 2018Q4 level. Portfolio investment was the dominant vehicle at $7.145bn, or 84.19% of the total inflow, with money market instruments attracting all of $5.924bn (READ MORE).

Attention: If you haven’t signed up for Investdata buy and sell signal setup, don’t delay. We have just added another risk management feature and new favorite stocks of the most revered traders and investors in corporate Nigeria to our watchlist, these stocks are with double potentials. To become a member, send ‘YES’ or ‘STOCKS’ to the phone numbers below. Take advantage of this service to buy right and sell right during this portfolio reshuffling and repositioning ahead of Q2 numbers and fiscal stimulus.
The continued downturn, this time, resulted from selloffs in medium and highly capitalized stocks like Dangote Cement, Nestle, MTNN, Guaranty Trust Bank, Zenith Bank, FBNH, Access Bank, Oando, Eterna, International Brewery, Dangote Sugar, FCMB and Wema Bank, which had a negative impact on the Year-to-Date loss position, that rose to 6.48%. Market capitalisation gain also dropped to N1.48 trillion or 12.08%, from the year’s opening level of N11.72tr.

Bearish Sector Indices
All sectoral performance indexes were down, except for the NSE Industrial that closed higher at 0.82%. The NSE’s Consumer goods index led the decliners, after losing 2.14%, followed by Banking with 0.90%, followed by the Oil/Gas and Insurance with 0.79% and 0.28% respectively.
Market breadth was down as decliners outnumbered advancers in the ratio of 23:13, while market activities were up in volume and value traded by 86.79% and 153.66% respectively. Investors traded 200.69m shares worth N2.89bn, compared to previous day’s 107.44m units valued at N1.14bn. Volume was driven by transactions in financial services and industrial goods stocks like Guaranty Trust Bank, UBA, Lafarge Africa, Zenith Bank, and FBNH.
CCNN and Academy Press were the best-performing stocks, after topping the advancers’ table, with gains of 8.11% and 6.90% respectively to close at N14 and N0.31 per share, on low price attraction and the five kobo dividend payment respectively. On the flip side, Chams and UACN Property lost 9.68% each, closing at N0.23 and N1.40 respectively, on market forces.

Market Outlook
We expect mixed performance at this midweek trading as bargain hunters and traders to take advantage this pullback buy for half-year earnings reporting season that will kick off any moment soon. Discerning investors should target value stocks considering the low valuation to position for dividend income from the just concluded March year-end account, ahead of interim dividend from the banking stocks especially.
They may also take into consideration the expected economic reforms as government announces its much-awaited new cabinet, just as Central Bank of Nigeria (CBN) had rollout it plans to boost productivity and investment by lending to the private sector. As it tends to reduce banks’ participation in government securities.
There is also the likely impact of portfolio repositioning for the second half of the year in the midst of expected Q2 numbers, especially banking stocks. 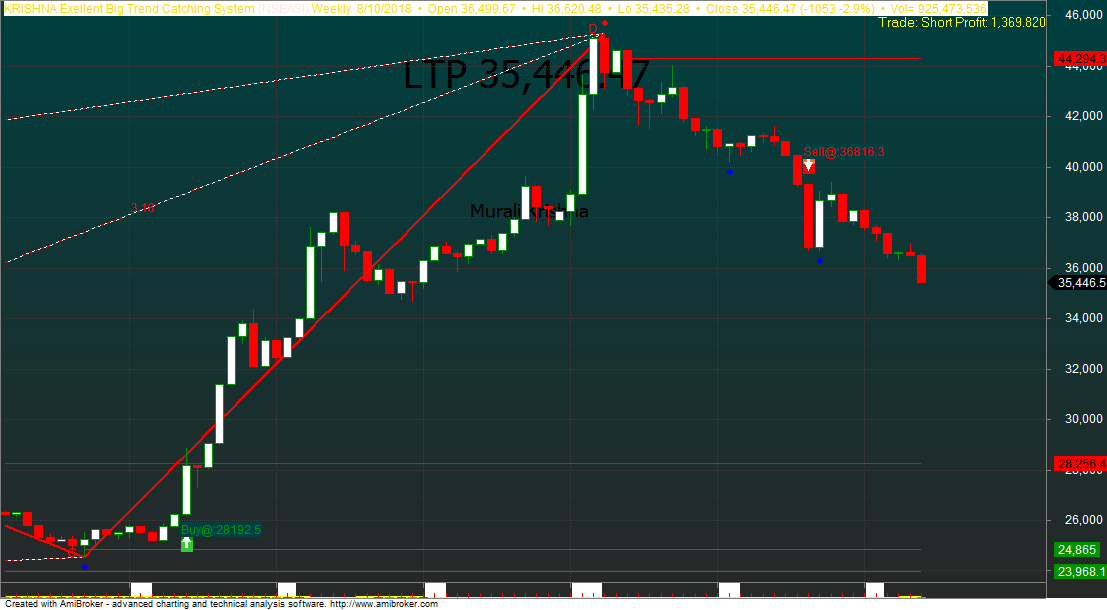 Nigeria’s Equity Indices Decline Further, Amidst Political Tensions Ahead Of 2019 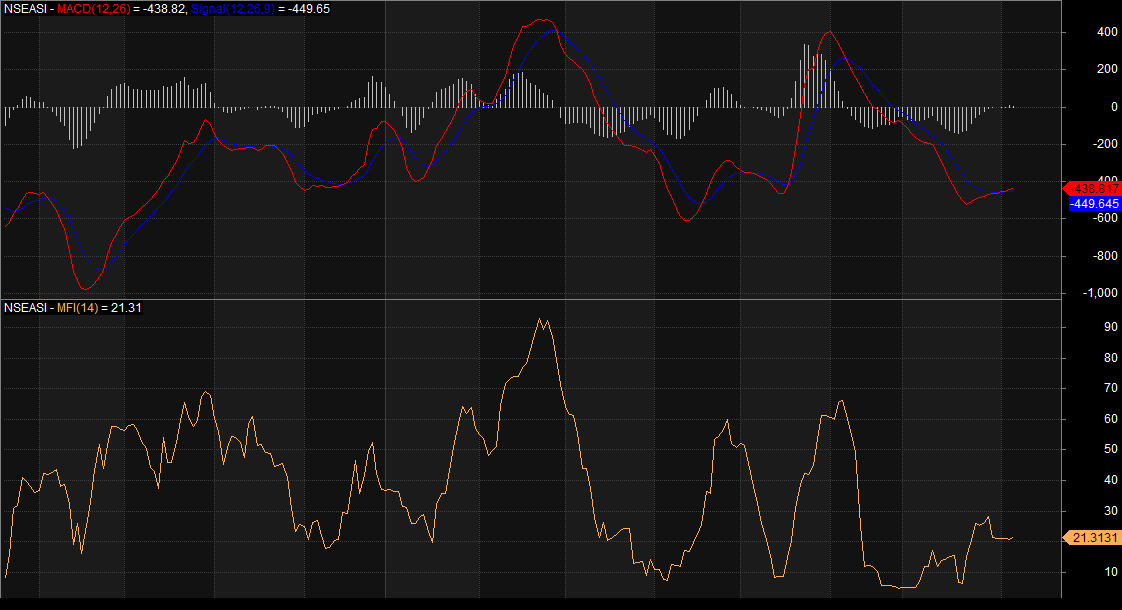