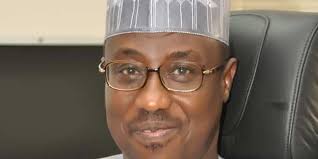 The Nigerian National Petroleum Corporation (NNPC) says it is working on raising between $3.6 and $4.5 billion to build the Abuja-Kaduna-Kano (AKK) pipeline which would enable the country generate 3.2 gigawatts (GW) of electricity.
A statement by Ndu Ughamadu, Group General Manager and spokesman, said the corporation’s Group Managing Director, Dr. Maikanti Baru, who announced this in a keynote address at the ongoing Nigeria Oil and Gas Conference and Exhibition in Abuja, also spoke of strategic positioning of the nation’s oil and gas sector to support massive gas-based industrialization.
Baru, who spoke on “NNPC’s Commercial Strategy and Priorities”, said the sector is now more than just growing gas for the power sector, as there are plans to “incubate and midwife a portfolio of critical and mutually dependent investments (Central Processing Facilities, CPFs, Fertilizer, Petrochemical, Free Trade Zone, FTZ, infrastructure and Ports) which will jumpstart the gas revolution agenda. NNPC intends to develop or take equity in some of these gas-based industries such as fertilizer and others.”
Another priority for the corporation, the GMD added, was the rehabilitation of the refineries, adding that his Management has secured the approval of the Board to pursue the rehabilitation with a view to increasing their capacity utilization to above 60 per cent.
He expressed confidence that diligent execution of the initiatives would increase the commerciality and profitability of the Corporation in the near term
The NNPC boss also expressed commitment to growing the crude oil production capacity of its upstream subsidiary, the Nigerian Petroleum Development Company (NPDC) to 500,000 barrels per day by 2020, besides plans to grow gas production to 1500mmscf per day within the same period.
Everything, he continued, is being done to achieve the target reserve growth as well as increase national crude oil production to three million barrels per day from the current 2.2 million barrels per day.
He also assured of NNPC’s determination to sustain frontier exploration in the inland basins to meet government’s aspiration to achieve crude oil and gas reserves of 40 billion barrels and 200 trillion cubic feet respectively by 2020.
Dr Baru put the current oil and gas reserves at 37 billion barrels and 192 trillion cubic feet (tcl) respectively.
“Furthermore, efforts are currently ongoing amongst all stakeholders to reduce the level of gas flare by converting most of the flared volumes to ensure commerciality of the gas resources”, he added.
Meanwhile, while declaring open the 2017 edition of the Nigeria Oil and Gas Conference and Exhibition at the International Conference Centre, Abuja, on Monday, Dr Maikanti Baru, said Nigerian oil and gas industry was on the path of recovery with crude oil price on the upswing, decline in pipeline vandalism and drop in restiveness in the Niger Delta.

Dr Baru, who expressed delight that the NOG Conference which could not hold last year has roared back at a time when hope was rising for the industry, stated that there were indicators that things were beginning to shakeup for the industry.

The first indicator, according to him, was that cases of pipeline vandalism have reduced with a positive impact on crude oil production.

“We are having a lot of engagements with people in our core area of operations in the Niger Delta and this is bringing a lot of hope. If we go by the number of pipeline vandalism cases, they have dropped to an average of 20 per cent on a monthly basis as against a similar period last year. This is an indicator that calm is returning to the environment”, he said.