Barely days after announcing plans to deleverage its balance sheet and reduce its debt so as to resume dividend payment, Oando Plc, has divested its 25% stake in Axxela Limited (formerly Oando Gas & Power) to Helios Investment Partners.
In a notice to the Nigerian Stock Exchanges (NSE), Oando said the interest held through Glover Gas & Power B.V. was at total purchase price of US$41.5m (about N14bn), would help it optimize value from a non-core business activity.
According to the statement, “the net proceeds of the transaction will be applied in partially prepaying the group’s Medium Term Loan (MTL), which it took in June 2016 following the global oil downturn.
“The acquisition by Helios was effected through HIP GLOVER S.à.r.l, a special purpose vehicle incorporated by Helios, which in 2016 had acquired the initial 75% interest in Axxela for $115.8m.”
The notice by Oando quoted its Group Chief Executive, Wale Tinubu as saying that “the completion of this divestment signifies another win for the Company. We pioneered the development of Nigeria’s foremost natural gas distribution network which has subsequently grown to become the largest private sector gas distributor in Nigeria creating a lasting impact on both the sector and the Nigerian economy.
“The divestment further reinforces Oando’s ability to create value that can be monetized and the company’s status as the indigenous partner of choice for international companies looking to invest in Nigeria.”
For him, the transaction favorably positions Oando to significantly reduce its “debt profile and remain focused on growth through our dollar denominated businesses.”
Tinubu assured further that Oando’s exit from Axxela is not a departure from the gas business, as it “will continue to maintain significant presence in the Midstream as well as grow our gas aspirations via our Upstream gas assets in our NAOC Joint Venture wherein we have four gas projects within the NNPC’s Seven Critical Gas Development Projects (CGDPs), which are responsible for almost 50% of the 42 TCF that will be delivered by the seven CGDPs by 2020.”
The NAOC Joint Venture which is made up of NNPC, the Nigerian Agip Oil Company and Oando is the biggest Upstream contributor to the domestic gas market via a current daily production of circa 1 billion scf of gas.”
On the future of the company, the Oando boss explained that the African business environment is dynamic and to remain ahead of the curve, one must break new terrain, be innovative and ultimately seek opportunities to leap frog.
This, he noted, has remained a guiding principle at Oando, believing that “we are energy pioneers with an ambition to consistently tackle risks and evolve opportunities to positive commercial outcome while maintaining global standards. The good news is, there are still many parts of the energy ecosystem especially Nigeria that have been left unexplored and we will continue to set the tone in transforming Nigeria and ultimately Africa’s energy future.”
In a separate statement, Axxela recalled that Helios, a leading private equity firm with a focus on investments in Africa, had initially purchased a majority stake in Axxela’s gas and power business enterprise in December 2016 and is now the sole investor in Axxela.
Commenting on the transaction, Axxela’s Chief Executive Officer, Bolaji Osunsanya, who paid “homage to our storied history and legacy, our recognition as being fully owned by Helios gives us global positioning, greater financial flexibility, and access to capital going forward.
“As a partner of choice, we have immense pride in the growth, robustness, and stability of our existing business enterprise, enabling us spur the aggressive expansion of our footprint via our audacious growth initiatives in Nigeria and the West African region,” he added.
Continuing, he stressed: “As we commence a new journey, our audacious growth initiatives across Nigeria and the sub-region will leverage our industry expertise, experience, and longevity; while our affiliation as a full-fledged Helios company will improve our access to capital. The continued growth, robustness, and stability of our business enterprise, enables Axxela provide required efficient and environmentally-friendly energy solutions for industrial and commercial clients, leading to positive socio-economic impact in our markets of operation.”
Recall that the collapse of crude oil prices in the second half of 2014 caught many by surprise, as Brent crude dropped by 50% from USD$115 per barrel (bbl) in June to below USD$50/bbl by early January, 2015, resulting in impairment of assets. The decline meant significantly lower revenues from oil and gas assets for producers, which reduced the value of these assets, leading to write-offs.
Examples of operators that took heavy blows were: Shell Petroleum which recorded an impairment loss of USD$7.9bn; Southern Energy, US$4.4bn; while BG Group recorded USD$8.9bn; just as Oando in 2015.
The downturn also sparked a debt crisis with companies barely breaking even and struggling to survive, even as some, like Seawolf Lonestar and NRG Drilling, among others caved in under the pressure.
This meant surviving players, having taken their losses, had to evolve their business model, diversify their portfolios and imbibe more financial prudence and discipline to ensure survival in a high or low price era. 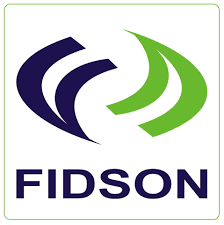 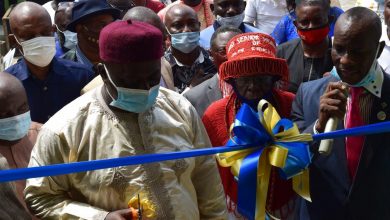