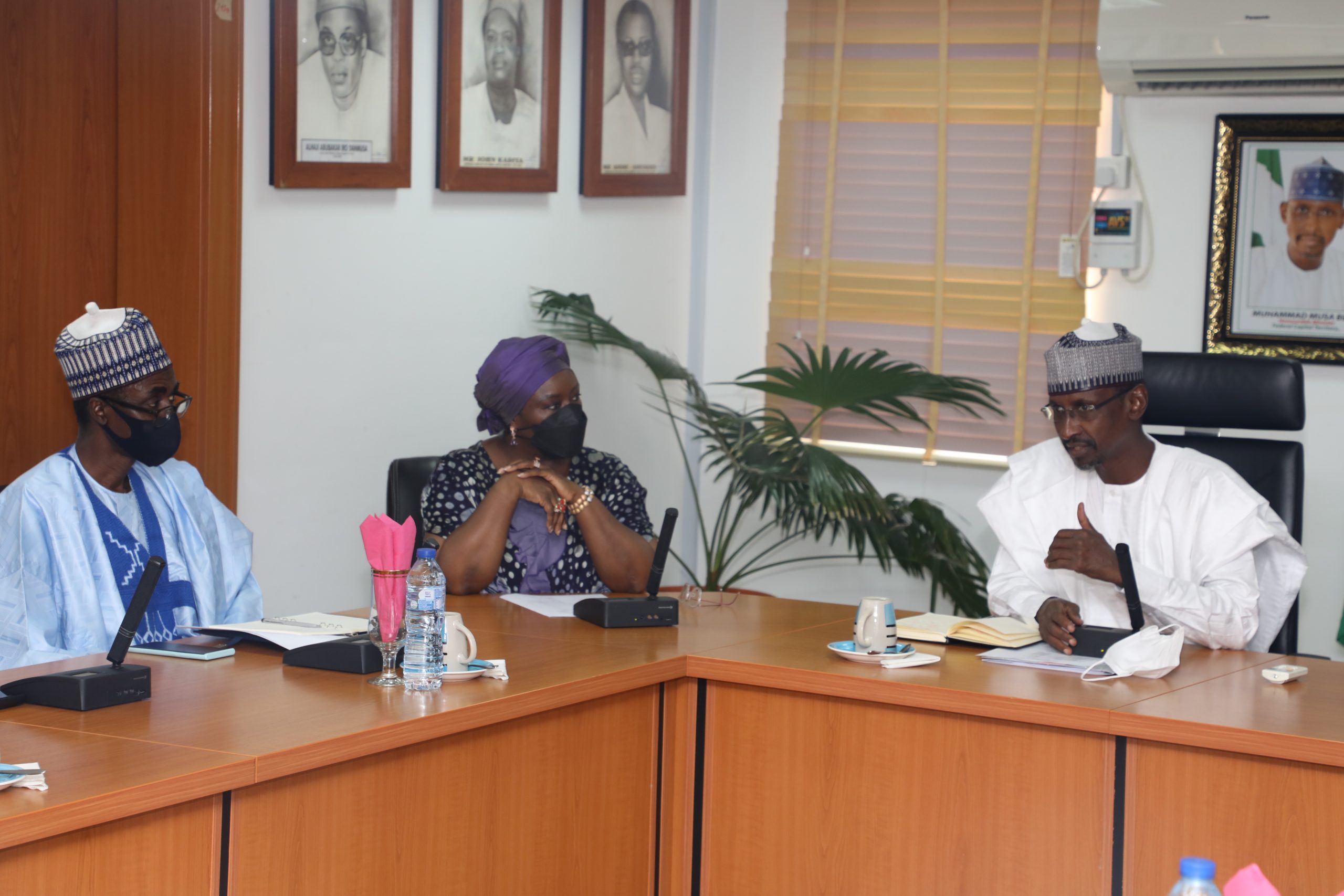 The Nigeria Deposit Insurance Corporation (NDIC) says its desire to speedily make full payments to depositors whose funds are trapped in banks in liquidation is being impeded owing to the difficulty in realizing assets of those troubled financial institutions.

Speaking during a courtesy visit by the corporation’s board and management to the Minister of the Federal Capital Territory, Mal. Mohammed Musa Bello in Abuja, Mrs. Ronke Sokefun, chairman of the NDIC board blamed this on poor documentation by the affected banks, revocation of title by the government, and litigations over the assets.

The visit, she noted, according to a statement by Bashir Nuhu, Director, Communication & Public Affairs Department at the NDIC, had become necessary to seek the support of the Ministry to realise the landed properties of banks in-liquidation, because some of the assets are located within the FCT.

Such cooperation, she continued, would enable NDIC pay depositors of affected closed banks and in the process, effective discharge “its mandate of deposit guarantee which ensures that depositors recover their savings in the event of bank failure.”

Speaking further on the relationship between the NDIC and the Asset Management Corporation of Nigeria (AMCON) in the management of bank assets, NDIC’s Managing Director/CEO, Bello Hassan, explained that while the NDIC as a liquidator focuses on the assets of closed banks following revocation of their licence by the Central Bank of Nigeria (CBN), AMCON is involved with only Non-Performing Loans (NPLs) of existing banks acquired by AMCON.

Reacting, Minister of FCT, Mal. Mohammed Musa Bello blamed issues relating to landed properties in the FCT often arose from the title of such properties, and not usually by the Ministry.

He however said the Ministry was amenable to helping the corporation resolve issues around its properties and those of banks in-liquidation in the FCT within the ambit of the law.

Bello commended the Corporation for its active support of the FCT in the area of education through the donation of furniture and books as well as interventions and financial assistance in support of the fight against the COVID-19 Pandemic, as part of the long-standing and cordial relationship t sustained over the years between institutions.

Photo caption: Chairman of the Nigeria Deposit Insurance Corporation (NDIC) board, Mrs Ronke Sokefun (centre); and NDIC MD/CE, Bello Hassan (1st Left) listen as the Minister of the FCT, Mal. Musa Bello (1st Right) speak during a visit to the Ministry in Abuja.