Portfolio Restructuring Ahead On NGSE, Amidst Low Liquidity, Hope For Return Of Smart Money 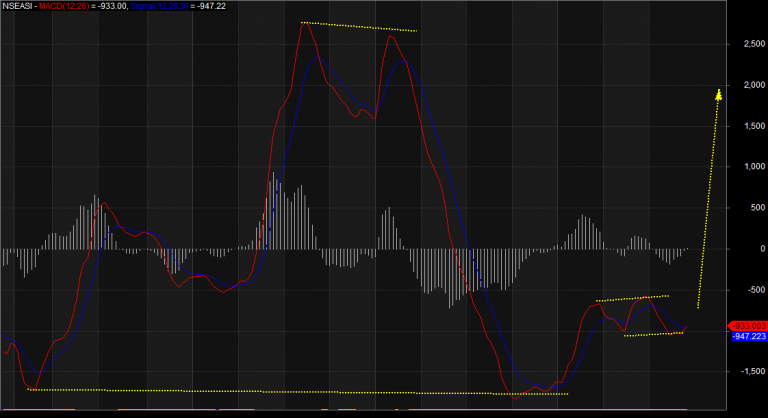 Market Update for The Week ended September 20and Outlook for Sept 23-27
Equities on the Nigerian Stock Exchange (NSE) closed marginally high on Friday as the benchmark All-Share index had mixed performance and sentiments, one the first day after the National Bureau of Statistics (NBS) published its Consumer Price Index, showing that inflation in August moderated to 11.02% from 11.08% in July, among other announcements during the period.
Investors were also getting a grasp of the impact of the cashless policy implementation that requires bank customers to pay cash handling charges individuals depositing and withdrawing over N500,000, and over N3m for corporate customers (READ MORE).
Also at the time the market closed for the week on Friday, the outcome of CBN’s Monetary Policy Committee (MPC) meeting was just beginning to filter in that members unanimously retained the rates against expectations of many analysts and market players (READ MORE).
The decision to hold, rather than cut rates mean the CBN would continue its unconventional approach to monetary easing.
Investdata had expected sustained pressure on the banks to boost lending as the September 30, 2019 deadline to meet the 60% minimum Loan to Deposit Ratio (LDR) draws closer. We, however, expect the CBN to sustain and expand its development financing interventions to support growth.
As the Feds cut rates for the second time, the European Central Bank restarted Quantitative Easing (QE), after ending it just last December, as the world prepares for a worst-case scenario in the ongoing trade war or show-of-strength between the United States and China, the two largest economies in the world. The bank of Japan BOJ also recently held rates at negative (-0.10%) as it continued by buying its securities, bonds, and commodities to provide liquidity and stimulus to drive activities. Also, the Bank of England (BOE), retained rates despite the uncertainty surrendering its economy due to the raging Brexit issues. Without doubt, the reward for investors in the event of the U.S. and China reaching a trade agreement far outweighs the downside of an indefinite trade war. Already, both countries canceled tariffs on hundreds of products as negotiation is ongoing.
The rates adjustment by the Fed tends to reduce the exchange rate pressure in many emerging markets with attractive yields, as foreign investors are known to take more interest in their asset classes at a time like this.
Consequently, we expect to see foreign investors renew interest in investment assets across emerging markets like Nigeria any moment with the first sign of an economic direction. This, we believe will come soon, as members of the newly constituted Economic Advisory Council (EAC) settle down to their task.

Movement Of NSEASI
Meanwhile, it was a mixed performance during the week, as the NSEASI fell in three sessions and was up in two days. Specifically, the first two days were bearish, halting previous week’s bull transition occasioned by profit-taking and selloff in Airtel Africa, following which the market shed 0.72% and 0.62% respectively on Monday and Tuesday. There was, however, a reverse up at the midweek on improved buying interests in Guaranty Trust Bank, Stanbic IBTC and telecommunication giant- MTN Nigeria, with the index gaining 1.00%. The composite index pulled back on Thursday as players took profit in Zenith Bank and GTBank, losing a marginal 0.13%, but rebounded on Friday, closing 0.20% up.
This brought the week’s total loss to 0.29%, as the index closed at 27,698.69 basis points, after opening the period at 27,779.00bps to short-lived the previous week’s 2.33% gain.
The mixed sentiment was obvious across sectors and industries, but mainly in low and medium cap stocks due to increasing buying interests, as market players took advantage of low prices to position. Market breadth for the period closed positive with advancers outpacing decliners in the ratio of 38:29.
Within the week, RT Briscoe released it belated earnings reports from 2018 full-year to 2019Q2, following which its share price was lifted from technical suspension. Also, WAPIC Insurance got the NSE’s nod for a rights issue at 0.38 kobo each on the basis of seven new shares for six (READ MORE).
The energy behind the week’s performance remained weak as shown by Money Flow Index at 21.24basis points, up from 15.56bps in the previous week, indicating that funds entered some stocks and the market, taking advantage of the undervalued nature of fundamentally sound stocks, and ahead of economic reform policies from the government. The sentiment was mixed with a ‘buy’ position at 53%, while ‘sell’ volume was 47% on a transaction volume index of 0.85.

NSEASI Weekly Time Frame
As shown in the opening chart above, the NSE Index is indicating that the market is resisting further decline as it broke out the downtrend line, attempting to reverse after the double bottom chart pattern formation that supports the continuation of the trend. MACD on daily and weekly looks good as it has turned bullish on daily outlook. We expect bargain hunting to gather momentum in this new trading week, despite funds trying to move into fixed income due to the rates retention by the MPC.
Trend continuation is possible at this point as revealed by the chart above, despite trading below the 20-Day Moving Average on a weekly time frame, just as index action is on top of the lower band of the Bollinger, just as the Relative Strength Index reads 39.98. But then, Money flow is at 21.24 points on the weekly chart.

Bullish Sectoral Indices
All the sectorial performance indices closed in the green as the NSE Insurance index led the advancers, after gaining 4.85%, followed by the NSE Consumer Goods, 2.21%; while Oil/Gas and Industrial Goods Index closed higher by 1.48%, 0.48%, and 0.04% respectively.
Market transactions for the week in volume and value were up by 6.21% and 21.12% respectively, as traders crossed 1.27bn shares worth N18.75bn from the previous week’s 1.15bn units valued at N14.08bn.
Cornerstone Insurance and Livestock Feeds were the best-performing stocks, after topping the advancers’ chart with 30% and 28.21% gains respectively, closing at N0.39 and N0.50 per share on the back of the planned recapitalization and market forces. On the flip side, Airtel Africa and University Press lost 19% and 11.54% respectively, closing at N283.50 and N1.15, on selloff and profit-taking.

Market Outlook
Being the last full week of September, trading activities on the NSE could react to the MPC decision, August inflation data and profit-taking, as funds tend to flow into the fixed income instruments. However, discerning investors should take advantage of low valuation to key into interim dividend stocks and other undervalued equities that have strong potentials to rebound with the general market. The market’s downtrend is likely to reverse soon with strength seemingly returning after a long downturn ahead of quarter-end and Q3 earnings reporting season.
Also, take into consideration the expected economic reforms as the government’s new cabinet and economic advisory team swings into action, just as plans by the CBN to reduce banks’ participation in government securities will expectedly boost private-sector lending, drive economic activities and investments.
The buying interest in highly capitalized stocks may continue due to portfolio restructuring. Hence, overall market performance may remain mixed, amidst the prevailing positive sentiments, breadth and low liquidity as market wait for the return of smart money.
Market players should maintain a cautious outlook due to the low investor confidence, liquidity and the wait for major economic triggers. Hence, we advise investors to trade cautiously in the short-term, with their gaze fixed on blue-chip stocks that are selling more than 40% below their 52-week high, as we await positive catalysts to drive market recovery.
That notwithstanding, we would not overlook the possibility of a bargain-hunting motive supporting positive performance, especially with many fundamentally sound stocks remaining under-priced. With the prices of major blue chips continuing to drop in recent weeks, we expect speculative trading to shape the market’s direction this week, despite the seeming negative outlook.