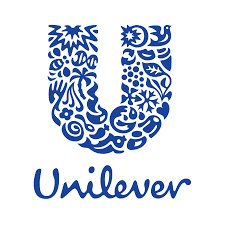 Introduction
• In this report we carefully observed the full-year financial performance of Unilever Nigeria for the year ended 31st December 2019, compared the same with numbers released in the corresponding year of 2018, to establish a pattern.
• Aside the fact that the company’s Turnover was far below comparable period, its direct running cost was quite on the high side. A clear view of the released numbers for the three months ended 31st December 2019 revealed that the direct cost of running the business is far above the Turnover figure.
• Looking at the Finance Cost used through the last quarter of the year, we observed that it was almost half of that reported in the comparable period of last year. Nevertheless, it recorded fair Income from both Interests on-call Deposits, Bank Accounts and Foreign Exchange Difference on Bank Accounts.
• Although the result did not clearly explain how the company came about the positive Tax Expense, we observe that the loss was outstandingly reduced by the positive Tax rate stated within the period. Note, according to the report, that 16% was used in the estimation of the Tax Rate for the year.
• We have identified the high level of competition with small local investors within the industry major challenge faced by Unilever Nigeria during the period under review. 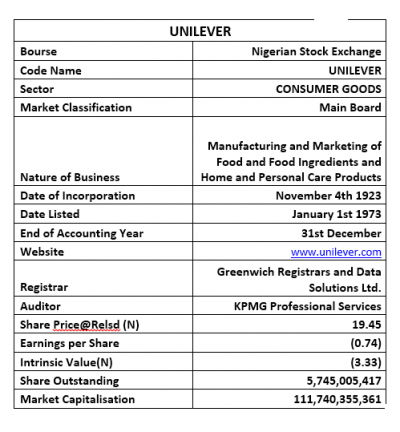 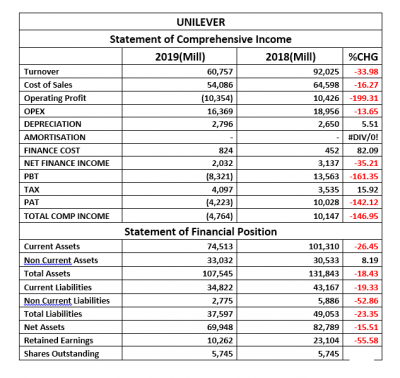 Financial Strength
• The amount reported as Total Assets is the same as 35% of the Total Assets figure for the year. In other words, the Debt Ratio is 0.35x, representing 6.04% below the 0.37x in the corresponding year.
• Total Debt to Equity Ratio is currently estimated at 0.54x, compared to 0.59x in the corresponding year, this implies that the Total Debt Value for the year can replicate Equity 0.54x, which is a lower position than the 0.59x of the previous year.
• Equity Ratio is also valued at 0.65x versus 0.63x, which means Equity is the same as 65% of the Total Assets Value for the year which is fairly above 63% in 2018.
• Going by the current estimated Beta value, the shares of Unilever Nigeria could just be less liquid as its Beta value currently stands far below the market Beta.

Efficiency Ratio
• Operating Expense is estimated at 26.94% of the Turnover Value, given the appreciable improvement in the management efficiency when compared to the 20.60% estimated in 2018.
• Turnover Value is 56.49% of the Total Assets, even as the ratio is 19.06% below the 69.80% estimated from 2018 figures.
• At 1.53x Working Capital Turnover dipped by 3.28% from the previously estimated 1.58x.
• Working Capital Ratio, within the two compared years, stood above unity, confirming the company’s ability to settle its current liabilities using current assets as and when due, through the various season.

Investment Ratios
• Within the two periods compared, traders were seen largely revaluing the share price of Unilever on the exchange, following which it rose N19.45 from N39.00.
• The estimated Loss per share of Unilever is N0.74, which is far below the N1.75 earned at the end of the comparable year.
• Due to the negative earnings, the PE-Ratio is -26.46x compared to the previous 22.34x.
• At the price of Unilever when the result was released, investors had a negative yield of 3.78%.
• The Book Value of Unilever is currently estimated at N12.18, as against the N14.41 estimated from the corresponding results.
• Confirming an overvalued price on the floor of the exchange, the Price to Book Value ratio stood above unity as shown in the below table.

Valuation
• Our blend of valuation tools valued each unit of Unilever’s share price at N14.13, this is slightly above the Book Value mentioned above and a downward price from the current market price. Thus we have rated each unit of Unilever a Sell for short-term investors while Long term players may Hold for better valuation at the release of better performance indices in subsequent quarters.