Market Update for May 2

Trading on the floor of the Nigerian Stock Exchange started the month of May on a positive note after Monday’s holiday to mark Workers’ Day, as investors react to impressive quarterly results hitting the market which together inspire hope that this year would perhaps be better.
The impressive numbers have spiked high demand for stocks as investors and traders react to the numbers, most of which came way beyond market expectation, especially those of banking stocks that have remained consistent in making available impressive reports even at the heat of the recession. This has made the sector the toast of investors as the recent numbers signal higher reward for investors if the trend is sustained to year-end.
As the investing community interpret and digest these earnings reports, expect high volatility in the market as they sell their positions in some, to reposition in others with high expectations on the strength of first quarter results and the prospects in each industry as the economy remains on the path of recovery.
The latest April PMI figure of 58.9 points shows that the manufacturing sector in Nigeria is back on track as it expands at its fastest pace since 2013. This can be attributed to the new Central Bank of Nigeria (CBN) reform policy on foreign exchange, with focus on supply side of the FX market. It has consequently continued to provide liquidity through its intervention to various segments of the market, including Bureau De Change, the new SME window, as well as the regular Wholesale spot window. These have seen the naira appreciate again other currency, while at the same time considerably closing the gap between the back market and interbank rates. This recovery as revealed by latest economic data will be faster, if the 2017 budget that has remained stuck once more on the shelves of both chambers of the National Assembly is passed and signed into law by President Muhammadu Buhari, with each party bearing in mind that the economic needs to get back on its feet in a matter of days. The executive and legislative arms of government must also realize that there is need to kick-start the full implementation of the administration’s Economic Recovery and Growth Plan (ERGP), to complement the ongoing intervention by the CBN to help it impact more positively on the economy to accelerate recovery and usher the nation onto a season of growth. Many have expressed concerns over the non-passage of the budget, despite repeated assurances by the legislators, leading to fears that perhaps the budget may have become jinxed just like the Petroleum Industry Bill (PIB), which is almost as old as this fourth republic.
The nation’s stock market at the end of Tuesday’s trading joined other markets of the world to close higher as positive corporate earnings especially the international companies supported US market indexes, just as the Euro zone’s manufacturing expansion moved at its fastest pace since 2011, a situation that boosted investor confidence in the zone.
Meanwhile, the composite Nigerian Stock Exchange (NSE) All-Share index gained 206.62 basis points to close Tuesday at 25,965.18 points, from an opening figure of 25,758.51 points, representing a 0.80% growth on a low volume traded, when compared to previous day’s volume. Similarly, market capitalisation for the day was up by N62bn, closing at N8.97tr from an opening value of N8.91tr, representing a 0.70% average value appreciation in investor’s portfolios. The buying volume of total transactions for the day was 95%, while selling position was 5% to continue three days up market as volume index for the period was 0.76.
Value gained by highly capitalized stocks impacted the All Share index to reduce year- to-date negative position to 3.38%, while market capitalisation adjusted down by N272.03 billion, representing 2.94% loss YTD, from the year’s opening value.
Market breadth for the day was positive and strong as the number of advancers outnumbered decliners in the ratio of 23:12 to continue it three days bull transition.
Market activity in volume and value were down by 47.87% and 25.95% respectively to 191.02 million shares from previous day’s 366m shares, valued N2.13bn from previous day’s N1.87bn.
The NSE All-Share index and all sectoral indices were in the green except the NSE AseM that was flat, closing the day’s trading activity.
During the day’s trading, six companies released their quarterly earnings reports, including Eterna, Custodian Allied Insurance, Regency Alliance, Portland Paints, Law Union Insurance, as well as May & Baker.
At the end of the day, NPF Micro finance topped the advancers table, as its share price gained 9.09% to close at N1.44, on impressive Q1 earnings report and dividend of 15 kobo proposed; followed by Fidson Healthcare with 9.09% to close at N1.20 on the back of the interplay of market forces. On the flipside, UACN led the decliners log with 4.98% to close at N13.75 purely on market forces; while Jaiz Bank was next with 4.35% to close at N1.10 also on market forces.
As market opens this morning, we advise that investors allow numbers to guide their decisions to reposition for the rest of the year’s trading especially now that first quarter earnings reports are out to give insight what should be expected at the year end.
Industry potential is very important when picking a particular company, because there are factors that are sector-wide and would naturally impact positively or negatively on companies operating within such an industry.
Technically, the market recently breakout it resistant yesterday on a low volume that supported market breadth on the strength of positive Q1 financials. Meanwhile, trending ability and direction is still weak as ADX is below 20 at 13.74 while MFI is looking up to indicate money is entering the market as at close of trade. MACD is still bullish while RSI is reading 60.55 as at yesterday but combine technical with fundamental to position at any given time. 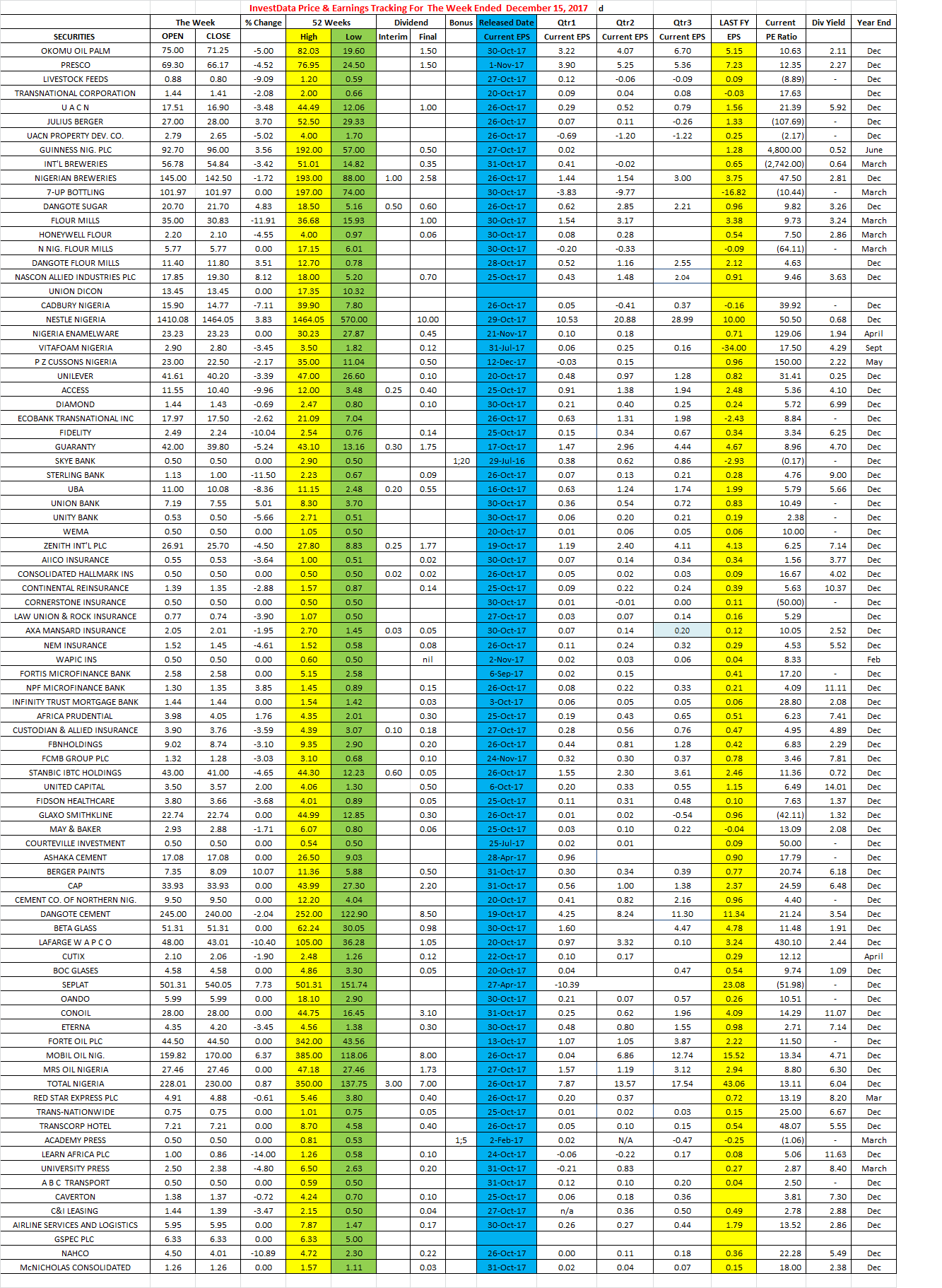 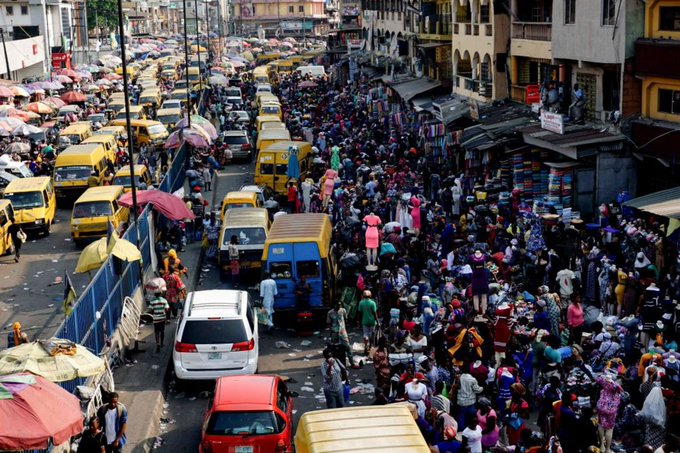 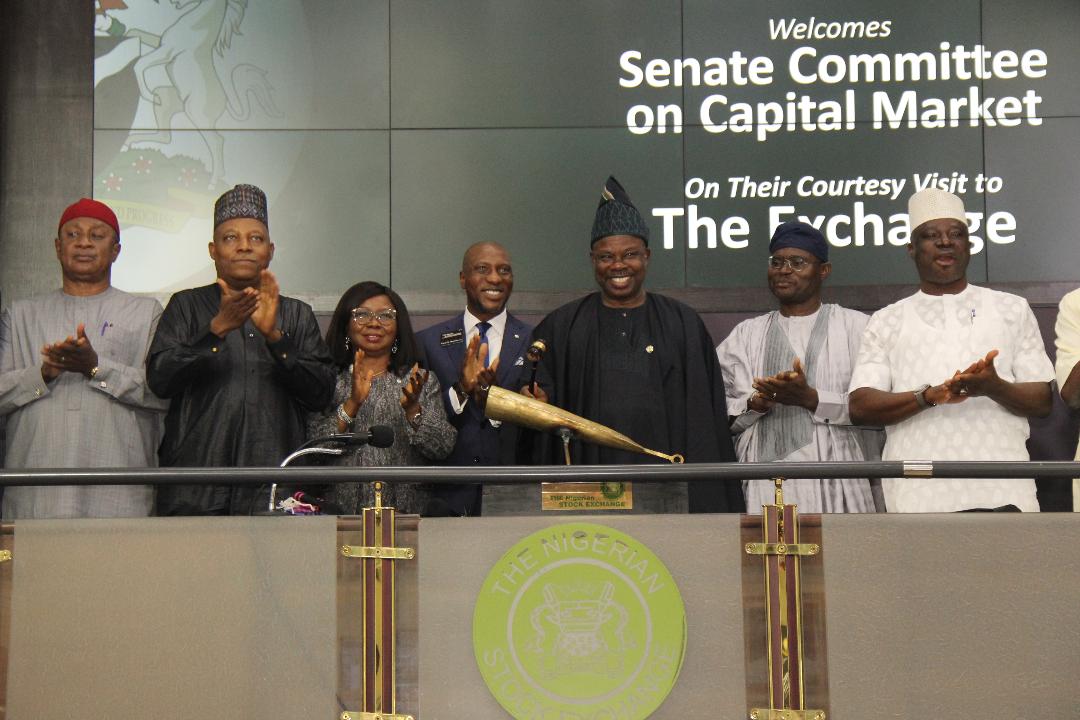