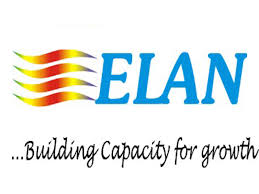 Post Views: 1,077 Equipment Leasing Association of Nigeria (ELAN), on Tuesday said despite the economic recession that dominated the economic space in...

Equipment Leasing Association of Nigeria (ELAN), on Tuesday said despite the economic recession that dominated the economic space in 2016, the industry still recorded a 14% growth at N1.26tr, as against previous year’s N1.1tr, which represented a 27% rise over that of 2014.
The drop in growth rate was linked to the inability of the industry players to cope with the demand due to high cost of equipment, necessitated by foreign exchange situation and the funding challenge.
“Nevertheless, the appetite for leasing is still increasing, with new lease transactions being booked on a daily basis. Equally, the level of patronage has increased given the current economic situation, which has made outright purchase increasingly difficult and demand from multinational and other large corporates for service–oriented leases like fleet management,” Andrew Efurhievwe, ELAN’s Executive Secretary explained.
Another factor, according to him, is that the industry remained attractive to new investors with massive diversification by existing players in the industry.
A breakdown of the figure by portfolio whose that oil and gas, remained the most outstanding with N398bn, or 24% of the total; followed by transportation with N319bn, or 19%; Manufacturing contributed N180bn, while Agriculture, Government, Telecoms sectors and Others (comprising education, healthcare, construction and consumer sectors) recording considerable growths.
According to types of transaction, the statement added that finance leases was the dominant, as it accounted for 70% of all lease transactions; while operating lease accounted for 30%.
This revealed the increasing trend of operating leases in the recent times, due mainly to risk mitigating mechanism and response by industry players to current market dictates, by provision of vehicles (trucks, cars and staff buses) and other assets to support the operations of their corporate customers.
“The industry continued to witness the banks as the lead players, particularly financing big ticket leases, and also providing funds to lessors for lease transactions. The non-bank lessors contributed 70% of lease transactions concentrating majorly on the Small and Medium Scale Enterprises (MSMEs).
“Many financial investment and capital market companies are coming into the industry to tap into the opportunities in leasing, as a way of hedging against other non – performing product offerings. Also, vendors, service providers (telecom and oil) are getting more involved in leasing,” Efurhievwe said.
Continuing, he explained that in terms of asset categorisation, about 40% of leased assets were vehicles, including haulage trucks and buses for inter-state commercial transportation, which remain major attraction in recent times.
“Financing of specialised assets is emerging in the market, especially in the health sector,” the ELAN boss stressed, projecting that Nigeria’s leasing industry will blossom, buoyed by the Federal Government’s various initiatives aimed at re-inflating the economy and the increasing relevance of leasing, to capital formation in view of the challenge to access to finance especially to MSMEs.
“Essentially, the focus on agriculture will create huge market for the leasing business, as a whole range of equipment would be required across the agric value chain, from seedlings/inputs to fertilizers, harvesting, processing and storage as well as distribution.
“Also, the special focus on infrastructure will open up business opportunities for the leasing industry as specialised and general equipment would be needed, to support the massive construction that would take place in the rail, roads, power, housing etc. The manufacturing sector as well as the micro, small and medium enterprises (MSMEs) will equally present enormous opportunities for leasing, as the demand for assets for productive ventures is expected to continue to increase.”