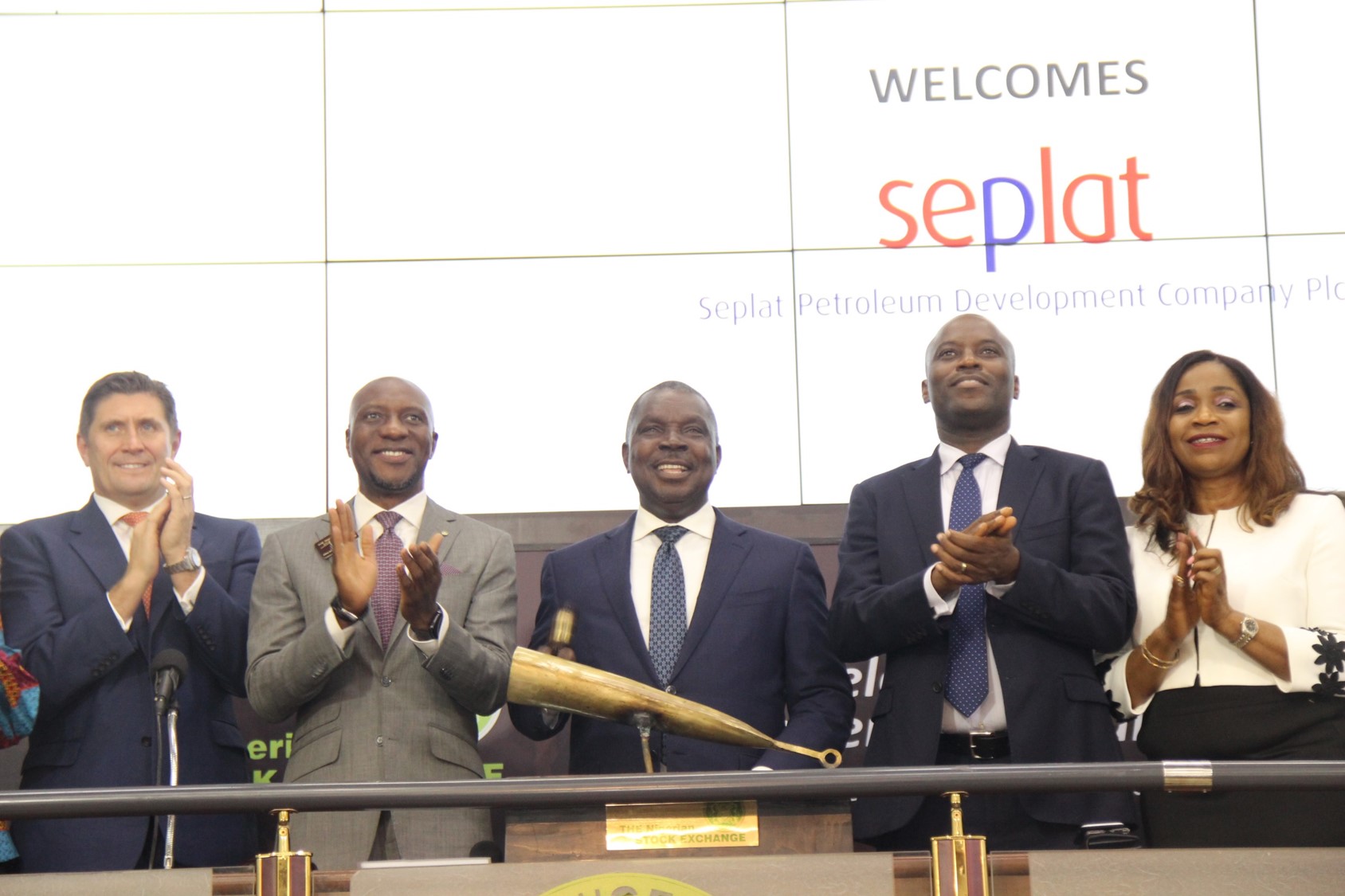 Post Views: 499 The management of Seplat Development Company Plc was at the Nigerian Stock Exchange (NSE) Friday to make an investment case for its As...

The management of Seplat Development Company Plc was at the Nigerian Stock Exchange (NSE) Friday to make an investment case for its Asa North-Ohaji South (ANOH) gas processing project, especially in view of the huge domestic and international market potential and the country’s enormous reserves.
These, the company, believe make gas the next best thing to happen in the energy space, hence the determination by Seplat to have the first mover advantage that will see it becoming the largest gas producer and exporter in the country after the Nigerian Liquefied Natural Gas (NLNG) in a matter of months.
Addressing capital market stakeholders during its Capital Markets Day when he also struck the Closing Gong at the Exchange, Austin Avuru, chief executive of Seplat, assure that the $700m investment would deliver its first gas by the first quarter of 2021.
He said Shell Petroleum will operate half of the project as a conventional Joint Venture concept, while the other would be developed by Seplat in JV partnership with the Nigerian Gas Company (NGC).
In her presentation, Ms. Yetunde Taiwo Managing Director of ANOH Gas Project Company, a special purpose vehicle (SPV) owned by Seplat, said the venture would create huge market opportunities around the operational area. The revenue from the project, she noted, will ultimately benefit stakeholders.
Fielding question, Avuru said gas production is a familiar terrain from which the company will make money, although, he was quick to add that it is not just about the money.
“Our intention is to reduce gas flaring to zero, not just about (generating revenue in) Naira and US$,” he stressed.
On why the project makes economic sense now, the CEO said Nigeria currently holds 37% of total proved gas reserves in Africa, most of which is in the Niger Delta region of the country, at a time the domestic gas price has increased to commercial levels. Moreso, he said the current capacity deficit in thermal power generation provides immediate headroom to place additional gas volumes.
As part of the attraction, he noted the natural hedge against price volatility, projecting that in three years energy consumption could go as high as 2bn Standard Cubic Feet (SCF), just as there is domestic energy security as energy consumption grows as does the population that becomes more sophisticated on a daily basis.
Still, on the economic attraction of the project, the Seplat boss stressed that unlike oil which attracts 20%, gas production royalty in Nigeria today is 7% on revenues, while there is no petroleum profit tax. Company income tax also applies at a lower rate of 30%, in addition to other incentives such as a three-year tax holiday, which is renewable for another two years, or capital allowance uplift.
The company is also seeking a substantial chunk of revenue from powering the nation’s estimated 20,000 megawatts of off-grid diesel generated power which gulps an estimated $30bn yearly with gas.
This, it believes, will reduce power generation, production and operating costs for businesses, a situation expected to translate into enhanced Real GDP growth, in addition to reducing environmental degradation and health risks.
Speaking on the security of the assets and possible host community engagement, Avuru stressed that “the civil works are being done by local contractors.”
While assuring that international best practice is observed in matters of health, safety and environmental, he also spoke of plans by the JV partners (Seplat and NGC) to sell down 15% each to host state government as a way of ensuring the state and its people benefit (READ MORE).