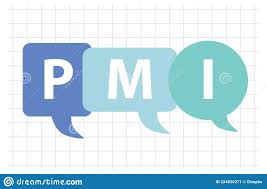 The third quarter of 2022 ended with growth gathering momentum in the Nigerian private sector, recording sharper rises in output and new orders, while there were emerging signs of capacity pressures.

The survey showed that the Purchasing Managers’ Index™ (PMI®) at above 50.0 signals an improvement in business conditions on the previous month, while readings below the threshold show a deterioration.

Specifically, headline PMI rose to 53.7 in September, the highest since May, up from 52.3 in August and signaling a solid strengthening in the health of the private sector at the end of the third quarter.

Cost inflation remained elevated, largely due to currency weakness, while business confidence waned, the bank said in a statement.

“In line with the headline figure, both output and new orders increased at sharper rates during the month. Firms often linked higher new business to rising demand, with some reporting that customer referrals had supported growth. In turn, output rose for the third month running, and at the fastest pace since April,” the statement noted.

Rising new orders, and some reports of difficulties securing necessary funding, resulted in a renewed increase in backlogs of work during September, the first in 28 months.

Companies also increased their staffing levels and purchasing activity, largely in response to greater new business volumes. In both cases, however, rates of expansion eased from the previous survey period. Higher purchasing activity fed through to a further accumulation of inventories.

With overall input costs again rising at one of the sharpest rates since the survey began, Nigerian companies increased their selling prices accordingly. Although marked, the rate of charge inflation slowed sharply and was the joint-weakest in 21 months. Suppliers’ delivery times continued to shorten, often as a result of strong competition among vendors. The latest shortening of lead times was marked, and the most pronounced in four months.

Despite the improving growth picture in September, firms reported waning confidence in the year-ahead outlook. Sentiment remained positive overall but was the lowest since August 2021 and among the weakest on record. Those firms that expressed optimism often mentioned business expansion plans.