Market Update for July 17
Stock prices nosedived further on the Nigerian Stock Exchange (NSE) at the midweek with the All Share Index extending its losing streak for the sixth consecutive session to close lower amidst the prolonged confidence crisis that has been deepened by political risk, as well as weak and mixed economic fundamentals. These have triggered continued volatility and selloffs on the exchange, given that the stock market cannot be divorced from the systemic problems in the nation’s politico-economic sphere.
Despite the seeming slowdown in inflation rate in the month of June at 11.22% and the earnings reporting season entering its peak period with just a few companies releasing their scorecards so far, investors and traders are worried over the possible signals of weak and disappointing earnings by listed companies. If not, the argument goes, the announcement of their half-year numbers would not take this long.
The composite index opened for Wednesday’s trading on a slight upside in the morning and then pulled back between mid-morning and afternoon, before stair-stepping lower to consolidate the rest of the session. During the period, it tested a strong support level to make lower lows after touching intraday low of 28,042.69 basis points from its high of 28,259.78bps, before finishing the day at 28,043.32bps on above-average traded volume.
Midweek’s market technicals were negative as volume traded was higher than the previous day’s, with breadth favouring the bears on a negative sentiment as revealed by Investdata’s Daily Sentiment Report. The session’s ‘sell’ volume was 100%, while ‘buy’ position was 0% of the total daily transaction volume index of 0.58.
The momentum behind the day’s performance remained seriously weak, despite inching up, as Money Flow Index read 15.34 points, which was higher than the previous day’s 14.97bps, an indication that funds are moving around some stocks, amidst the continued selloff in high and low cap stocks on prevailing low liquidity in the market.

Index and Market Cap
At the end of Wednesday’s trading, the benchmark NSEASI shed 158.08bps to close at 28,043.32bps after opening at 28,200.88bps, representing a 0.56% drop, while market capitalization lost N77.05bn to close at N13.67tr, from its opening value of N13.74 trillion, which also represented 0.56% value loss.
Attention: If you haven’t signed up for Investdata buy and sell signal setup, don’t delay. We have just added another risk management feature and new favorite stocks of the most revered traders and investors in corporate Nigeria to our watchlist, these stocks are with double potentials. To become a member, send ‘YES’ or ‘STOCKS’ to the phone numbers below. Take advantage of this service to buy right and sell right during this portfolio reshuffling and repositioning ahead of Q2 numbers and fiscal stimulus.
The session’s downturn for was driven by selloffs and profit-taking in Dangote Cement, Nestle, Zenith Bank, Julius Berger, Guaranty Trust Bank, Flour Mills, Forte Oil, and UBA among others, which further heightened the negative position of the market. The loss dragged the NSE’s Year-to-Date loss to 10.78%, just as YTD market capitalization gain dropped to N1.95tr, or 16.60%, above the year’s opening level of N11.72tr.

Bearish Sector Indices
All the sectoral performance indexes were in red, led by the NSE Insurance index which dropped by 1.54%, followed by banking with 1.44%; while Consumer, Industrial Goods, and oil/gas slipped 0.77%, 0.69% and 0.05% down respectively.
Market breadth was negative as decliners outnumbered advancers in the ratio of 26:8; market activities were up in volume and value traded by 13.48% and 120.77% respectively to 243.72m shares worth N3.89bn, from the previous day 217.13m units valued N1.8bn. The day’s volume was driven by trades in financial services stocks such as Guaranty Trust Bank, FBN Holdings, UBA, Zenith Bank and Lasaco.
The best-performing stocks for the day were AG Leventis and Chams which led the advancers’ table with 10% and 8.30% gains respectively to close at N0.33 and N0.27 per share, on market forces. On the flip side, Julius Berger and Nahco lost 9.77% and 9.62% respectively to close at N18.00 and N2.35 on bearish mood and selloff.

Market Outlook
We expect the market trend to slow down at this point and reverse, any breakdown of this level will take the market back to 2016 October position. But as bargain hunters take advantage of the prolonged bearish trend and buy ahead of the half-year earnings reporting season and next week’s meeting of the Central Bank of Nigeria (CBN) Monetary Policy Committee (MPC), as the NSE index had gradually formed a double bottom that supports reversal. Discerning investors should target value stocks considering the current low valuation to position for dividend income and capital gain, especially as the market’s Price to Earnings ratio is 7.4x, which is well below the 11.1x average of its peers and a five-year average of 13.2x. This revealed value and high upside potentials for a rally.
They may also take into consideration the expected economic reforms as government announces its much-awaited new cabinet, just as CBN had rollout it plans to boost productivity and investment by instructing the banks to lend more to the private sector. This is aimed at reducing banks’ participation in government securities and lending more to the private sector to drive economic growth.
There is also the likely impact of portfolio repositioning for the second half of the year in the midst of expected Q2 numbers, especially banking stocks. 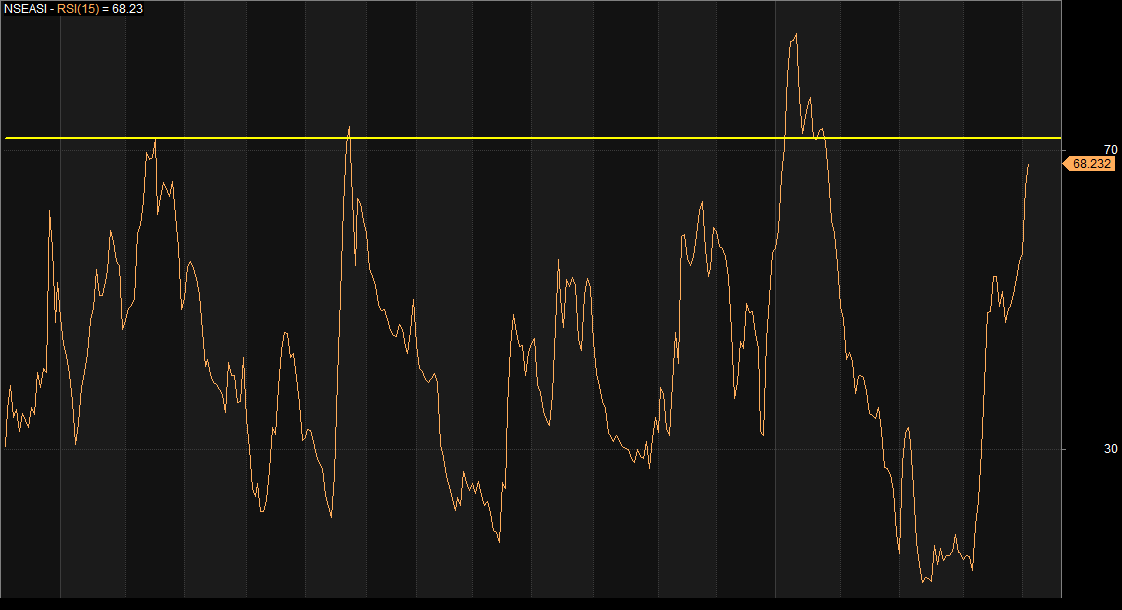 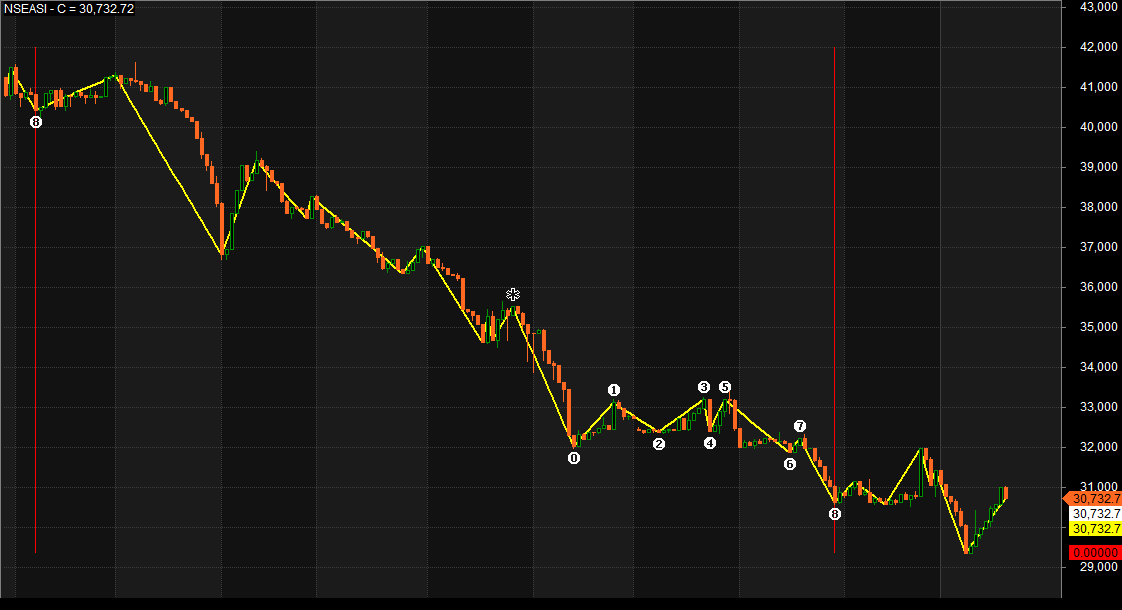 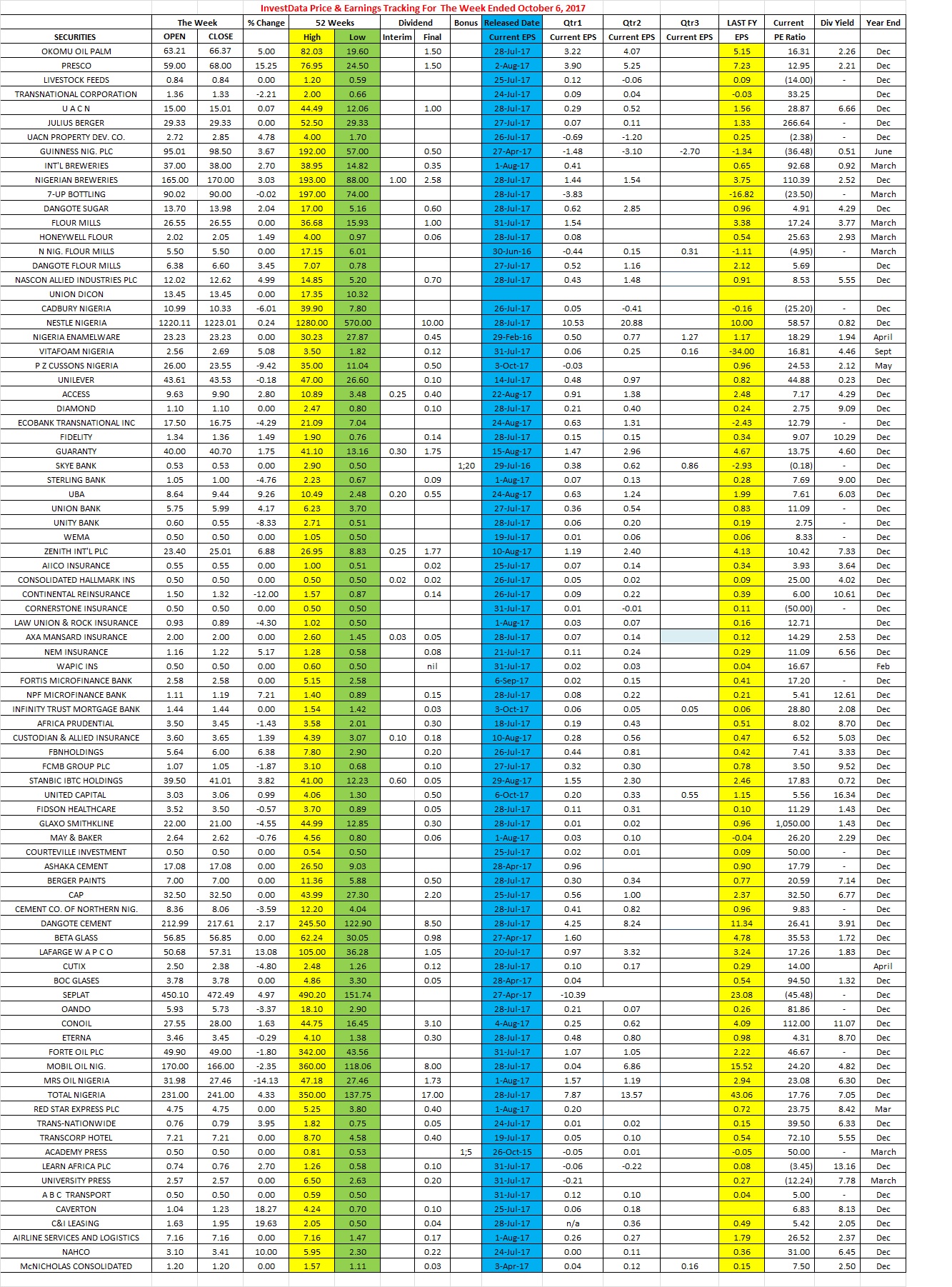