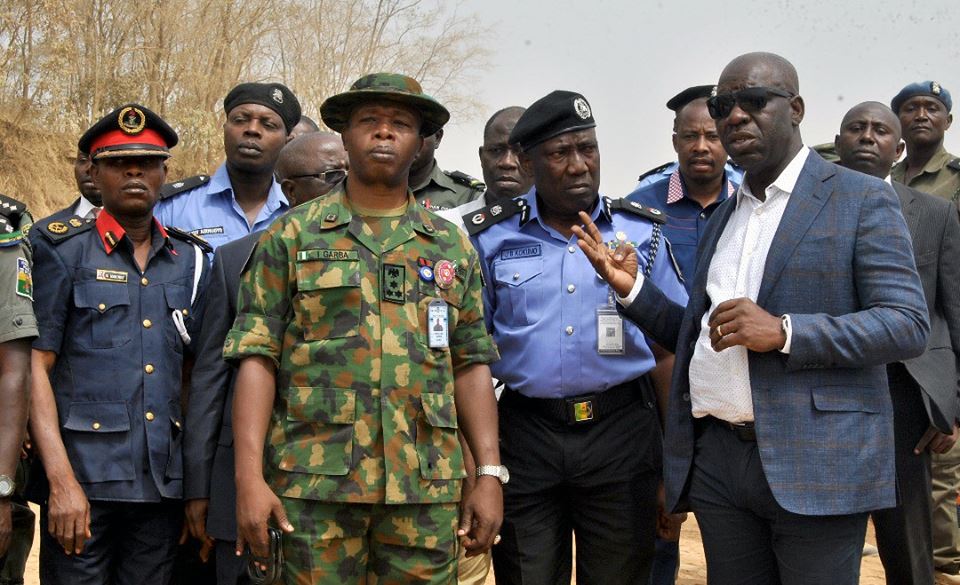 • Says ‘We Acted In Public Interest’

The Edo State Government said Wednesday’s decision to close the desputed Obu mine site, in Okpella, was a pre-emptive step to forestall breakdown of law and order in that part of its domain.
A statement on Thursday in Benin City, by Crusoe Osagie, Special Adviser to Governor Godwin Obaseki on Media and Communication Strategy, maintained that ensuring peace in all parts of the state and that the rule of law is upheld at all times is government’s primary responsibility.
Claim by BUA that the government shutdown the mine Gestapo fashion, Osagie said is contradictory, urging the company to behave as a decent corporate citizen by virtue of its investment in the state.
According to the statement, “in the first paragraph of BUA’s statement, the company claimed that the Edo State Governor effected a gestapo-style to forcefully shutdown the mine.
“In the very next paragraph, BUA said that ‘Upon reaching the mining site and not meeting any personnel or equipment two BUA Cement employees were invited to the mining site to receive the Governor.
“Are these two statements not contradictory? If no one was at the site, then why would the governor use gestapo-style to shut it down?”
Accusing BUA of spreading falsehood, the statement government said “workers and equipment were being evacuated by the time we got there, and understandably, they had heard that the governor was around and were rushing out of the site. They clearly flouted the Stop Work Order and now want to mask their violation of the order by resorting to blackmail.
“The Edo State government acted in the interest of Edo people in Okpella. We do not want any individual or organisation to create a mafia group within the state.”
Osagie said the state government has intelligence report “that BUA is instigating a section of the Okpella community against other groups within the community and we will not fold our arms to allow such a plot to be hatched as it could lead to the loss of lives and property.
“The state governor, Mr Godwin Obaseki, has consistently maintained that no amount of money is worth the life of any Edo man or woman and that is our stand on this matter.
“The matter is in court and we cannot even begin to pre-empt its outcome by commenting on it. We owe Edo people a non-negotiable obligation to protect them from harm’s way. As they say, when two elephants fight, the ground suffers. If anything will suffer from this fight, we want it to be the Obu site and not our people in Okpella.”
The statement said at some points, the government’s team “faced resistance from some youths and security personnel planted by BUA at the site and this is disturbing. We welcome investors, but we do not want any organisation to turn any part of our state to a breeding ground for militias. BUA is not the first investor we have had in Edo State and will not be the last. We are open to investors but we insist on best practice.
“We want all the parties involved in the matter to respect the pronouncement of the court and in the interest of Edo people, refrain from acts that can result in crisis. As we speak, some interest groups in Okpella have accused BUA of employing divide and rule tactics to dodge the fulfilment of social and economic benefits to the community contained in the Community Development Agreement as provided for in the Nigerian Mining Act.
“High chief Hanson Aimofumeh has threatened to go to court to stop the activities of BUA until it fulfils its pre-operational obligations. That is just one case. There are many more. But as a state that is committed to opening up our space to investors, we want to ensure that there is mutually beneficial relationship between investors and Edo people.”