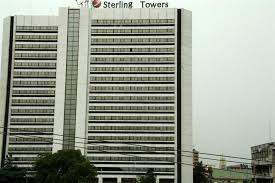 Following the unanimous support of shareholders, Sterling Bank Plc, soon to be known as Sterling Financial Holdings Company, says it is firmly positioned to expand her financial services footprint from traditional banking and deliver more value to her shareholders.

According to the publicly available filings reviewed from the website of the Nigerian Exchange Limited (NGX), upon final ratification by the regulators, the commercial banking subsidiary of the holding company, Sterling Bank; will continue to operate with its current name as a limited liability company, with shares transferred from the publicly traded company to the newly formed HoldCo.

At a recently held court-ordered meeting where the resolution was approved by the bank’s shareholders, the chairman of the board, Asue Ighodalo, explained that “following the implementation of the scheme, shareholders will exchange their shares in the Bank for shares in HoldCo in the same proportion as their current holdings in the Bank, which will be a regulated entity for CBN purposes.”

He listed among the several benefits of the scheme to the shareholders to include facilitating diversification into other permissible business lines, thereby promoting growth and enhancing shareholder value and facilitation of a consolidated financial strength of the group, which will improve access and ability to raise capital.

Also commenting, Chief Executive of Sterling Bank, Abubakar Suleiman, said advantages of the newly formed holding company include value creation to maximise earnings through new businesses, agility to optimise for opportunities and adapt to a rapidly changing market, maximise current and future talent potential with opportunities within the group and subsidiaries to nurture and engage its wealth of young and innovative talent.

With the adoption of a Holdco structure, the bank said in its statement that it now possesses the latitude to make inroads into other sectors within financial services, such as pensions, asset management, payment services, real estate, and different verticals, along with the current banking licenses held by the commercial and non-interest banking subsidiaries, Sterling Bank and The Alternative Bank.

In recent times, the bank has doubled down on digitisation with specialised products through the development and introduction of Specta, OneBank, I-invest, Gazelle and Omni X to fulfil the market’s needs for innovative retail and commercial banking solutions.

A holding company, or Holdco, is one set up for the purpose of making and managing equity investments in two or more companies, being its subsidiaries, engaged in the provision of financial services, one of which must be a bank.