At the end of July on Monday, the Nigerian Stock Exchange (NSE) recorded its third best month in 2017 to continue five consecutive months of up market that was sustained by the increasing confidence of foreign and domestic investors on the strength of improving economic and market fundamentals that were majorly driven by the sustained intervention of the Central Bank of Nigeria (CBN) in the nation’s foreign exchange market. In particular, was the creation of FX products such as the import and export, Small and Medium-scale Enterprises windows, among others that had helped to relatively support the continued appreciation of the Naira, while ensuring a stable exchange rate.
The nation’s external reserve also benefited from an inflow of foreign direct or portfolios investments in the process, while driving positive macro-economic data, improving corporate earnings and consumer confidence all of which now point to real economic recovery. They also provide pointers showing that the nation is gradually coming out of recession even when the fiscal authorities are yet to do the needful to hasten the recovery process. A change in fiscal policy reforms, structural adjustment, early disbursement of capital project funds and real change in implementation style of the government will further boost the recovery, productivity and the nation output that support growth.
The bull rampage during the period under review was obvious in the 21 trading sessions of the month, during which the market was up for 16 trading sessions and down in just five, wiping away two-year loss position, resulting a year-to-date gain of 33.40%, attributed to factors mentioned above, to make the Nigerian Stock Exchange (NSE) closed the month higher and rank number one in terms of YTD return in Africa and among the best performing in the globe, despite other challenges. The unprecedented improvement in the listed companies’ fundamentals and the economic recovery made the equities attractive even as many remain undervalued with high margin of safety.
Meanwhile, the benchmark NSE All-Share Index for the month of July gained 2,730.27 points to close at 35,847.75 after touching high of 37,655.46 and low of 32,149.69 within the month from the 33,117.48 it opened, representing a 8.24% growth over the period on a strong buy-market position that impacted on stock prices to hit a new three-year high within the month.
The buying volume of total transactions for the month was 67%, while selling position was 33% to continue the five months of bull-run, while volume index for the period was 1.00. Market capitalisation for the month gained N990bn to close higher at N12.35tr, from an opening value of N11.45tr, representing a 7.86% appreciation in value. The market sustained a bullish sentiment for stocks, especially with the export and import window of the CBN foreign exchange stabilizing, helped by the improving liquidity, added to inflows from oil companies and financial institutions which matched the market’s supply side, supporting the Naira’s appreciation against other currencies.
Traded volume for the month was down by 37.0% to 6.58bn shares from 10.45bn in the preceding month.
The ASI’s year-to-date gain stood at 9.76%, just as market capitalisation for the same period adjusted up to N950.7bn, representing a 10.21% gain YTD from the opening value.
Market breadth for the month was positive with the advancers outnumbering the decliners in the ratio of 44:37 to continue the bull transition despite the pullback on the last two trading session of the period due to profit booking.
The sectoral performance chart below shows that NSE Banking and Industrial indices drove the market the most in the month under review. While the banking index gained 11.50%, its industrial counterpart notched 11.49%. as they outperformed the composite index NSEASI during the period, followed by the NSE Premium which rose by 9.66% to reflect the high tempo of activities in Zenith, FBNH and Dangote Cement. This was followed by the NSE Lotus index, which moved 9.07% up, to reveal investors’ interest in blue-chip stocks, amidst their low Price-To-Earnings attraction in the sector. Other sectors that closed up during the month were: the NSE Consumer Goods, NSE Main Board, NSE 30, NSE 50, NSE Insurance and NSE Oil/Gas. The NSE Asem, was the only sector that closed in the red, shedding 1.09% to reflect investors and traders low confidence in small listed companies.

The month’s best performing stocks were Okomu Oil, which rallied on the strength of strong numbers and general bull market, gaining 36.83% of its opening price; followed by Dangote Sugar, which appreciated by 33%; while insurance company- NEM chalked all of 27.62%; and Honeywell Flour, 25%.
Low, medium and high cap stocks among the top gainers for the month included: Forte Oil with 23.23%; C&I Leasing, 20.57%, Continental Reinsurance, 20.17%, ETI, 18.11% and Zenith Bank, 17.81%; among others.
The worst performing stocks for the period were led by University Press, which lost 22.69%, linked to the company’s unimpressive full-year and Q1 numbers released recently; Cadbury Nigeria lost 21.64% as a result of its weak performance; just as Morison Industries declined by 21.21%; May & Baker, 20.88%; and Conoil, 18.31%.

Where To Invest/Expectations For August & September

The global economy has remained unstable despite the gradual recovery. In Europe and the U.S, the near-term growth outlook remains unpredictable, as political and economic uncertainties threaten the moderate recovery in investment and better labour market conditions. At the same time, economic activity in several large emerging economies has strengthened, amid a rebound in international trade and relatively higher global commodity prices that had remain unstable anyway.
There are equally concerns over North Korea’s continuous testing of missiles at a time of political risk, even as oil prices continue to fluctuate in the international markets. All these factors have kept the level of global uncertainty high. There are also the unstable fiscal and monetary policies around the world, as stimulus is gradually being withdrawn.
Back home, the seeming positive economic data that supported the recovery move in the system for the past five months is likely to continue if urgent steps are taken to start implementing the 2017 budget to bring the Economic Recovery and Growth Plan (ERGP) into action to complement the CBN’s effort at boosting productivity that will create employment and sustain the ongoing recovery. Reasons for this are not far-fetched, given the relative peace and security that have since returned to the nation’s troubled Niger Delta region and stability in oil output, all of which would impacted the nation’s revenue positively in the coming months.
In May 2017, according to a statement on Monday by Oando Plc, Nigeria’s oil production increased by 273,600 barrels per day (bpd) to 1.484mbpd, and was expected to rise to 2mbpd, following which there is now a cap on its production output to 1.8mbpd, unlike in the past when the Organisation of Petroleum Exporting Countries (OPEC) exempted her, as well as Libya from cut to sustain crude oil price at the international market.
This month, we expect inflation figure for July to be released by the NBS to nosedive further; just as Purchasing Managers Index (PMI) is should improve again in line with the seeming recovery in Nigeria’s manufacturing sector as revealed by the Q2 numbers from the sector which surpassed market expectation.
The May year-end accounts that are expected in the month are few so it would not impact much on the market, but moves by investors and analysts to interpret the recent scorecards to reposition and balance their portfolios ahead of Q3 will keep the market oscillating in the new month. The recent Q2 numbers are expected to strengthen market fundamentals as the business environment continues to look up. The low valuation in the market, despite the recent rally in many stocks still remain undervalued on the strength of their intrinsic value that should guide the investing public to know where to look while seeking to invest profitably for the rest of the year.
Traders and investors who understand the importance of combining fundaments and technical analysis in making investment decisions in the stock market should take this opportunity of pullback to position in some sectors for short, medium and long term gains, especially in the fast moving consumer goods, banking, agribusiness, building material, oil and gas after carefully study of the recent price pattern and fundamental data available in the market.

What to expect in August and September
• Release of May full-year earnings as August is the end of the statutory 90-day for audited results. This numbers from blue-chip companies may strengthen market fundamentals, if positive.
• The oscillating trend of equity prices as a result of repositioning of portfolio along the line of positive numbers and profit taking.
• Market outlook for the new month remains mixed with fewer quarterly and full-year earnings expected. But with the positive sentiment and strong momentum as the market expects, the economic recovery to be strengthened with the implementation of 2017 budget and CBN sustaining its intervention in the FX market that had boosted liquidity and confidence in the economy and market which has impacted business activity as revealed by recent corporate earnings.
• The relative low price to earnings in market may further attract demand for stocks, but invest wisely, using bids, offers and volume when taking decisions as a trader.
• Managing risk and protecting capital at this point is very important, so you will be able to determine when to buy or sell, by watching the stocks and the market, using technical analysis.
• Let numbers released by companies guide you decision and time to stay in that position.
• To learn how to manage trading risk, get INVESTDATA comprehensive stock market trading and investing home study pack where short trading strategies and how to identify quality companies to invest before the market look toward ii were discuss. 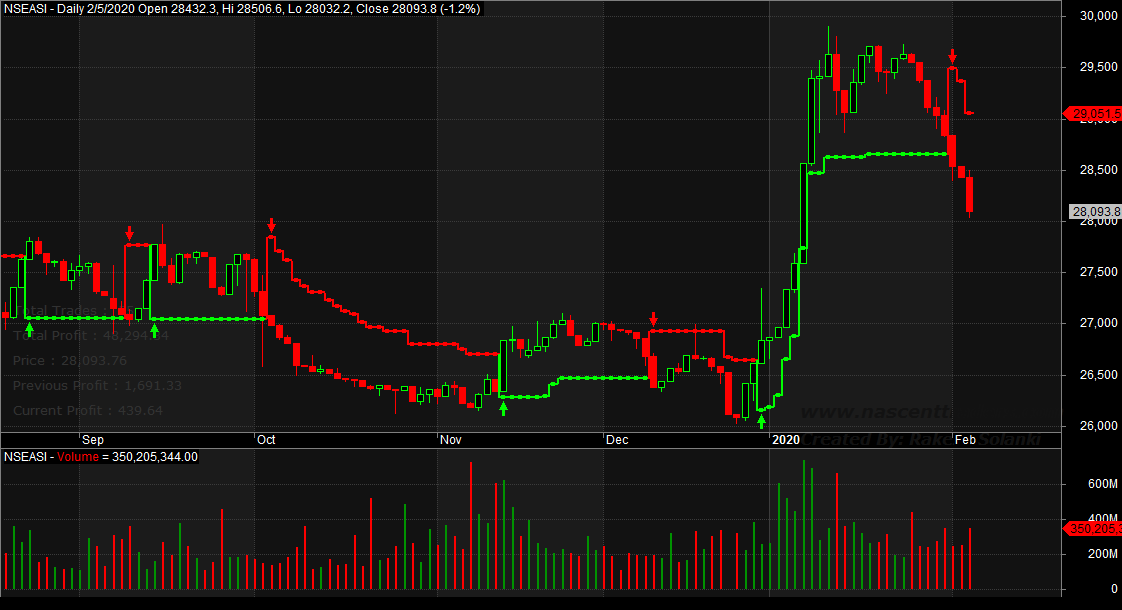 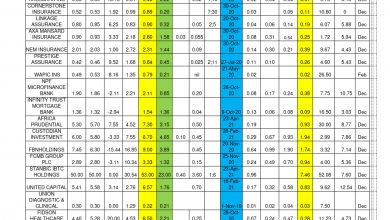 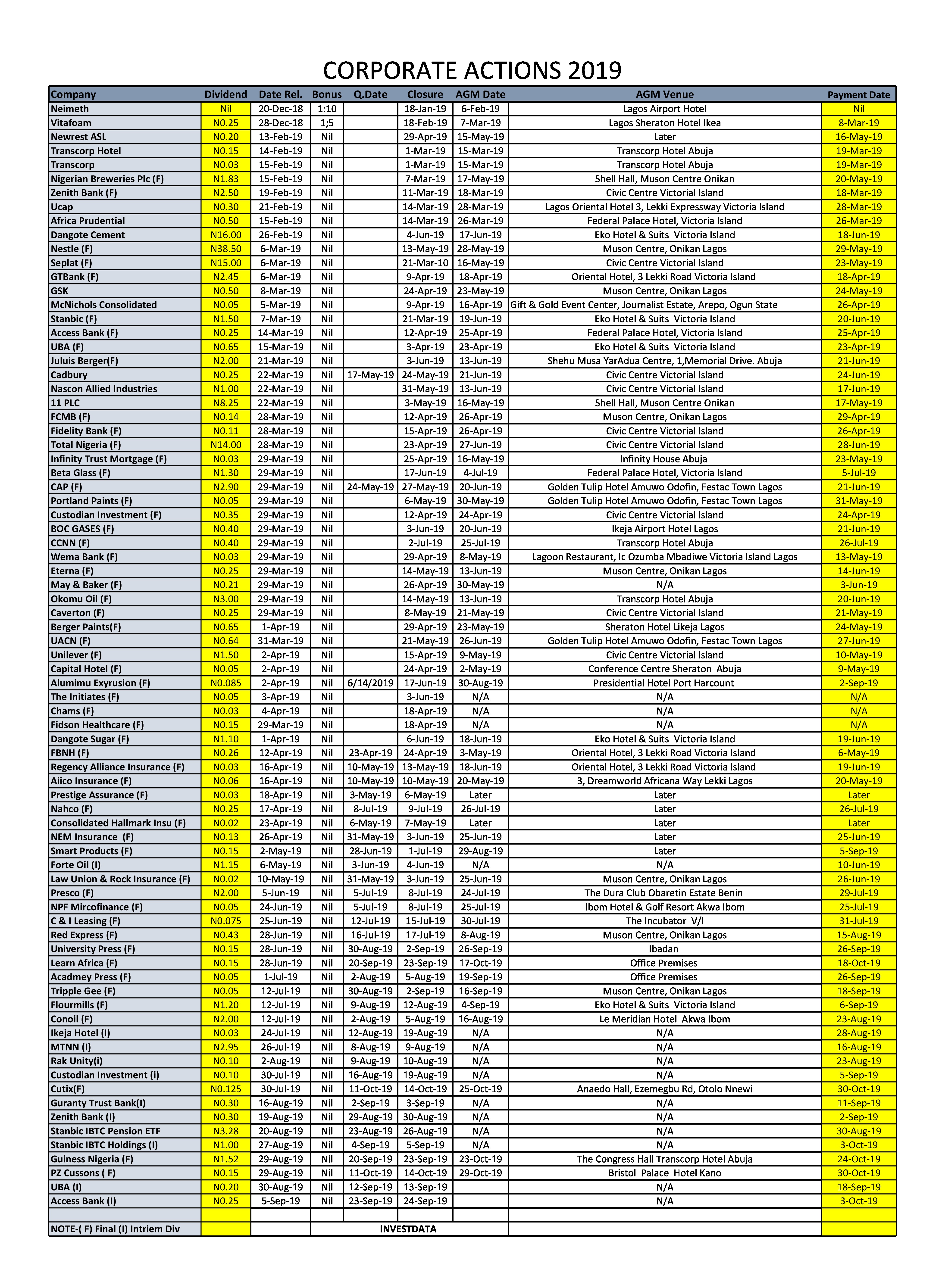