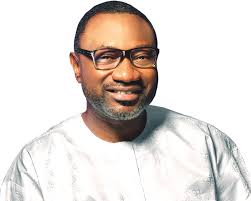 Forte Oil last week lived up to its billing as an early filler, by releasing the audited result for the full-year ended December 31, 2016 to the investing community, in line with post listing requirement, although it came slightly late, compared to the released date of 2015 full year result.
Revenue for the period under review increased by 19% to reflect the impact of the increase in pump price of fuel as demand for its products were relatively inelastic, despite the low purchasing power of Nigerians as transportation and energy cost remained essential to living. Turnover was up from N124.62 billion in the corresponding period of 2015 to N148.61 billion, while profit level for the same period took a 50% dip from N5.79 billion in 2015 to N2.89 billion, attributed to the high cost of sales and financing, irrespective of the marginal decline in operating expenses as revealed by the numbers posted.
The estimated profitability ratios for the period under review were down, with Return on Capital Employed declining to 6.67%, as against the 12.52% estimated in the comparable period’s financials. As a reflection of the times, full year Earnings Per Share (EPS) fell to N2.22, as against N4.45 in 2015, representing also a 47% drop. The company’s Net Assets for the year also dropped to N43.33 billion from N46.28 billion in 2015.
The market has reacted to the unimpressive performance noticed in the estimated ratios and the fact that the directors have not proposed payment of dividend, as against the previous year’s N3.45.
The company’s numbers were in line with our prediction in the quarterly update.
Meanwhile, on the strength of the company’s 2016 full-year result, the expected three-month performance and the successful N9.00 billion bond that was fully subscribe in first tranche of its N50 billion bond issuance programme to reduce cost of financing it business.

Source: NSE, Company Report & Investdata Research
2016 Financial Performance
The company’s mixed performance as shown in all its profitability ratios and the non-recommendation of dividend for 2016 financial year have lowered this equity’s fundamental for the year until stronger numbers start hitting the market again. Analysis of its performance shows that revenue from the petroleum products, lubes and power divisions grew by 17%, 85% and 26% respectively, whilst that from the production chemicals division fell by 33%. With gross margins remaining unchanged at 10% in the petroleum products just as that of lubes and power fell by 27% and 33% respectively 2015. The company has continued to benefit from increased selling prices following the liberalization of the downstream market. However, increased net finance cost was boosted by FX scarcity on import product of the company and higher effective tax rate, have further pulled down profit by 50.1% to N2.89 billion for the year.
It started the year with first quarter EPS of N0.56 and increased it to N1.71 by the second quarter. While third quarter figure moved to N2.13 and full year- N2.22, all of which were below those of the corresponding periods of 2015.
This unimpressive performance has shown on the price action over the period which has declined by 80% from N297.86 as at the released date of 2015 account to N61 February 3, 2017. The drop in price is a reflection of its weak earnings which cannot support the price, only that the company’s shareholding structure and market sentiment have helped to reduce market volatility, keeping the price at current level. On the strength of the company’s earnings power, the stock is currently valued at N50 per share.

Price action revealed that FO has rallied for four years before the recent down trend over the past one year, a situation that is attributable to profit taking from the long trend rally and weak earnings that were posted in the recent years. Any break down of the yellow line which is the strong support level of N50 will lead to a lower price of N40. Since reversal of trend is imminent at this point, traders should watch and take position.

Findings/Recommendations
The price decline of FO started after the management posted its first quarter earnings that came below market expectation, after which it continued the downward trend until the November 30, 2016 announcement of an agreement by the Organisation of Petroleum Exporting Countries (OPEC) to cut production thereby impacting all oil stocks positively.
However, these recent numbers from FO, considered disappointing, have not supported the high valuation placed on the stock by investors which is why it lost 80% of its share price over the past one year and some months. In other words, the reality on ground is reflecting on its market value as earnings power and position remained weak. Also the current trading price is high at full-year EPS of N2.22. But with the N9 billion bond and expected settlement in the power sector to keep industry running may likely have positive impact on the company operation in the new financial year.
Traders and investors should keep their gaze on this stock for short to medium term investment goal that will be a portfolio booster and capital appreciation, due to its shareholding structure and expected impact of crude oil price increase on the industry.

Performance Analysis
Forte oil may be seen as unstable in terms of earnings growth which has started impacting on its price in recent months despite the tight shareholding structure and little float, since the major shareholder is not increasing its stake at the moment. The improving performance at the early stage of its transformation from a negative position to positive as showed by the numbers posted in that period reflected on its price action. The company’s early repositioning and diversification impacted positively on its results. Financial performance indicator for the period under review shows that 2013 was up as against 2012 figures, but were unstable between 2014 and 2016 were it posted a mixed numbers to reflect its building capacity investment, high cost of trades and financing. The company’s profit after tax and revenue for the past five years have been a mixed performance as shown in the table below.
Net assets for the period were consistently up for four years, before taking a plunge in 2016. The recent decline in share price was as a result of market reaction to weak earnings. Its profit for the period grew by over 186% from N1.01 billion in 2012 to N2.89 billion in 2016 after hitting a high of N5.87 billion in 2015. Also, shareholders fund was up significantly by over 471% to N43.33 billion from N7.58 billion after it had recorded high of N46.28 billion in 2015. The earnings per share rose from 93 kobo in 2012 to N2.22 after it had posted EPS of N4.45 in 2015 out of which N3.45 was then paid as dividend. For this same period a total dividend of N9.95 was paid to shareholders with bonus share in 2014.